He joins the likes of Margot Robbie, Idris Elba, and Nathan Fillion. 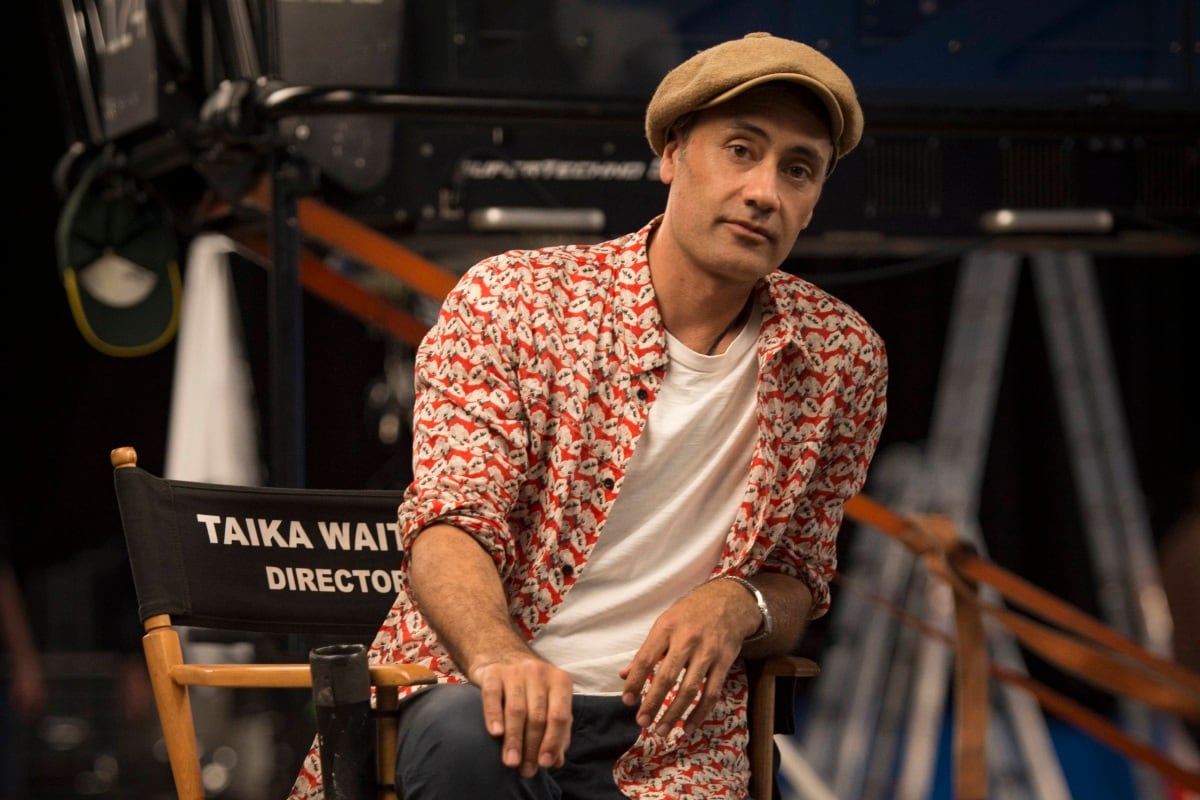 Taika Waititi on the set of Thor: Ragnarok

It's a Marvel get-together. Thor: Ragnarok director Taika Waititi is reportedly in talks to join the cast of The Suicide Squad, writer-director James Gunn's (Guardians of the Galaxy series) soft reboot / sequel to the original DC Comics film. There's no word on Waititi's character in The Suicide Squad, which is set to begin production on September 23. Though he's better known for his directorial efforts, Waititi has made several appearances in films and TV shows over the years, including the alien Korg in Ragnarok and Avengers: Endgame, and minor roles in Green Lantern and several New Zealand TV series, in addition to appearances in some of his own films.

Deadline first brought word of Waititi's casting in The Suicide Squad, noting that the Kiwi filmmaker is being lined up for a role ahead of the film's table read on September 11. In filmmaking, a table read is when actors with speaking roles gather before production for an organised reading of the entire screenplay. If Waititi does take up The Suicide Squad role, he will join new additions Idris Elba as a new character, Storm Reid as his daughter, David Dastmalchian as Polka-Dot Man, and Daniela Melchior as Ratcatcher. Nathan Fillion, Steve Agee, and Flula Borg have also been cast in undisclosed roles.

Meanwhile, The Suicide Squad cast also features returning stars Margot Robbie as Harley Quinn, Joel Jinnaman as Rick Flag, Viola Davis as Amanda Walker, and Jai Courtney as George “Digger” Harkness / Captain Boomerang. Will Smith and Jared Leto are not expected to return. The Suicide Squad is going to be a weird mix of the old and the new, as it plans to essentially re-launch the beleaguered series that's part of a largely-failed superhero universe. The original Suicide Squad was a dumpster fire, with a 27 percent rotten score on reviews aggregator Rotten Tomatoes.

Waititi was last seen in a cameo appearance in the Channel 4 sitcom Year of the Rabbit. His upcoming roles include playing an imaginary, idiotic Adolf Hitler in the black comedy-drama Jojo Rabbit, which he wrote and directed. Waititi has voice roles in Rick and Morty season 4 as an alien called Glootie, and the first-ever live-action Star Wars series The Mandalorian, as a droid named IG-11. He will also reprise his role of Korg in a voice-only fashion in Marvel's animated What If...? series, premiering summer 2021 on Disney+. His upcoming directorial ventures include an episode of The Mandalorian, Apple's Time Bandits series, a film adaptation of the 2014 football documentary Next Goal Wins, and Thor: Love and Thunder.

The Suicide Squad is slated to release August 6, 2021 in India and across the world. For Warner Bros., it's one of several scheduled films in the DC universe, alongside Robbie-starrer Birds of Prey in February 2020, Wonder Woman 1984 in June 2020, Robert Pattinson-starrer The Batman in June 2021, and Aquaman 2 in December 2022. Before all that, there's the standalone Joker origin movie out in October.