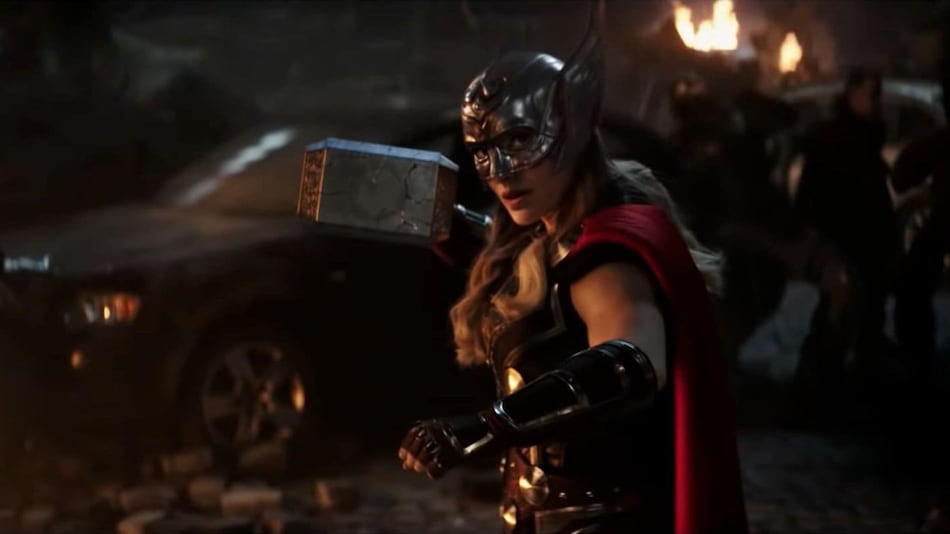 Natalie Portman as Mighty Thor in Thor: Love and Thunder

Natalie Portman has revealed that Thor: Love and Thunder — the new Marvel movie out now — leaves out “whole sequences, planets, and characters”. This includes some emotional scenes between Chris Hemsworth's titular superhero and his astrophysicist former girlfriend Jane Foster, played by Portman. In a new interview, the actress opened up about how director Taika Waititi shot multiple versions of the same scenes for the fourth Thor movie, allowing the cast to work as spontaneously as possible. The Academy Award-winning performer further stated that too much “good stuff” failed to make it to the final version.

Portman told IndieWire: "I don't want to spoil anything, but there are some very emotional scenes. The interesting thing was how we had room to workshop them. We filmed 20 different versions of [one key scene]. There's a few pivotal emotional scenes, but we did really, really different things, many different times."

Portman also revealed that some of her scenes with Tessa Thompson, who plays the king of New Asgard and Foster's new friend Valkyrie, too met a similar fate. The actress jokingly said that the edited scenes contain enough material for a Marvel Cinematic Universe spin-off featuring the two characters.

“I'd be really, really happy if we could see that [spin-off]. Because there certainly is kind of a missing period in the film. … I feel like you don't necessarily see how they've become close [in the film], and so I would definitely be open and excited to see that,” Portman said.

Thor: Love and Thunder revolves around Hemsworth's Thor and Portman's Mighty Thor as they try to take down Christian Bale's Gorr The God Butcher, a menacing killer. The new Thor movie also features the likes of Russell Crowe as the king of the Olympians Zeus, Jaimie Alexander as the God of Thunder's childhood friend Sif, and Waititi as the Kronan gladiator Korg.

Thor: Love and Thunder is already out in India, a day before the fourth Thor movie debuts in cinemas in the US on July 8.