The Suicide Squad Will Likely Kill a Lot of the New Lineup, James Gunn Hints 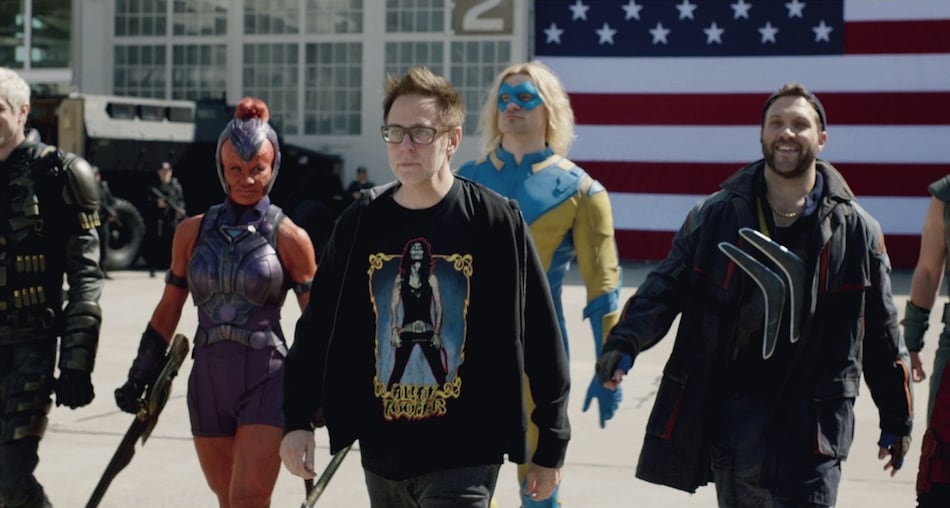 James Gunn on the sets of The Suicide Squad

The Suicide Squad writer-director James Gunn has teased that most of the new lineup may not survive till the end of the new DC film, and confirmed that he received a “carte blanche” from Warner Bros. to “do what he wanted.” The Suicide Squad has a much bigger well, squad, than last time around — 14 have been announced alongside a couple of allies with superpowers — and except Margot Robbie's Harley Quinn, the other characters have no connection to the DC film universe. As such, it can easily afford to kill as many as it likes, akin to what Deadpool 2 did with the X-Force.

Retweeting a new magazine cover featuring The Suicide Squad, Gunn wrote late on Saturday: “What two characters do you think are most likely to survive?” After a fan responded minutes later that Quinn has plot armour and two others are involved in other DC projects, Gunn replied: “No character was protected by DC. They gave me carte blanche to do what I wanted. That was one of the things we agreed to before I came to work for them. I wasn't looking for shock value but I wanted the audience to know anything could happen. #StoryReignsSupreme”

Gunn later added: “It really sucks having to tell an actor you're killing a character they play, especially if they played the character in another film, or if they didn't die in a first draft. Most of them do not want to die, but every one I've told has been mature about it.”

Feel free to join the speculation on Twitter as to who will or will not die in The Suicide Squad. For your reference, here's The Suicide Squad cast, in addition to Robbie as Harley Quinn: Idris Elba as Bloodsport, John Cena as Peacemaker, Joel Kinnaman as Rick Flag, Peter Capaldi as The Thinker, Viola Davis as Amanda Waller, Jai Courtney as Captain Boomerang, Alice Braga as Sol Soria, Pete Davidson as Blackguard, David Dastmalchian as Polka-Dot Man, Michael Rooker as Savant, Nathan Fillion as T.D.K., Daniela Melchior as Ratcatcher 2, Steve Agee as King Shark, Sean Gunn as Weasel, Flula Borg as Javelin, and Mayling Ng as Mongal.

The Suicide Squad is currently slated to release August 6, 2021 in cinemas worldwide.