Venom: Let There Be Carnage OTT Release Date Set for March 1 on Netflix in India

Tom Hardy's Venom is coming to Netflix India next month. 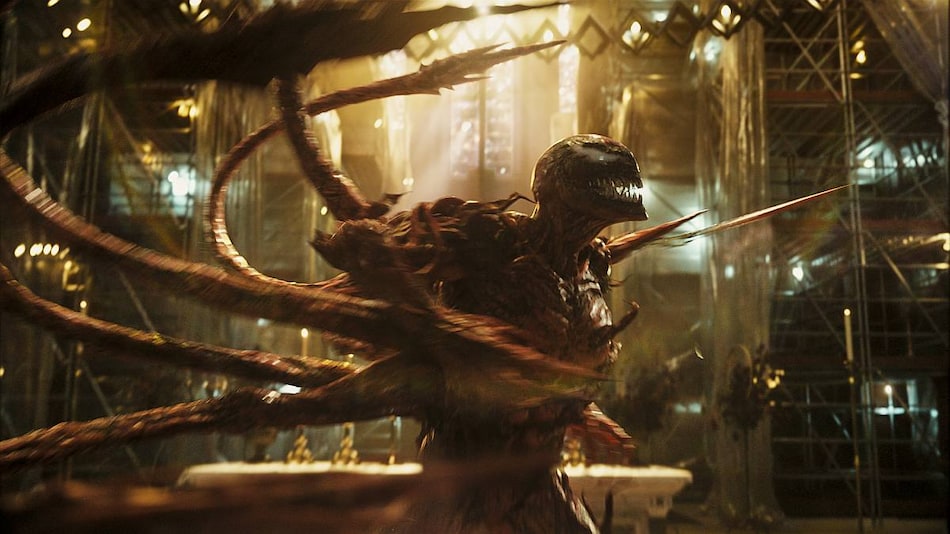 Viewers will be able to stream Venom: Let There Be Carnage over four months after its release

Venom: Let There Be Carnage — the sequel to Sony's popular 2018 movie featuring Tom Hardy as the anti-hero — is set to debut on Netflix in India on March 1, Gadgets 360 has learnt. Naturally, you will need a Netflix subscription to stream it at no extra cost when the second Venom movie arrives on the streaming platform next month. The film landed in theatres on October 14, two weeks after its US release. The second Venom movie became available for digital purchase and rent a month later on November 28, while the Blu-ray disc version was released on December 20.

Over four and a half months after the movie was released in India, users will be able to stream Venom: Let There Be Carnage on Netflix at the beginning of March. Neither Netflix India nor Sony Pictures India have announced the arrival of the movie on the service, but the listing for the movie is already live in the app, allowing viewers to set a reminder when the movie is available to stream and download.

Directed by Andy Serkis, Venom: Let There Be Carnage follows the story of investigative journalist Eddie Brock (Tom Hardy) who is a host for Venom (voiced by Hardy), an alien symbiotic life form. Brock goes up against Cletus Kasady (Woody Harrelson), a serial killer, who eventually becomes the host to another symbiote, Carnage (Woody Harrelson). Both Brock and Venom must face off against the bloodthirsty symbiote and its host after they escape the prison where Kasady is held. Venom also features Brock's former love interest Anne Weying (Michelle Williams), her fiancé Dr. Dan Lewis (Reid Scott), and Kasady's lover Frances Barrison/ Shriek (Naomie Harris).

According to Box Office Mojo, Venom: Let There Be Carnage has grossed over $502 million (roughly Rs. 3,800 crore) worldwide since its global release in October. And just like the original Venom movie, Venom: Let There Be Carnage was blasted by critics. At the time of writing, the second Venom movie has a 58 percent rotten score on reviews aggregator Rotten Tomatoes, and an unfavourable score of 49 on fellow reviews aggregator Metacritic.

Venom: Let There Be Carnage is out March 1 on Netflix in India. The movie will be available to stream for all users with a Netflix subscription, which starts at Rs. 149 for a mobile-only plan and goes up to Rs. 649 a month for the Premium plan that supports simultaneous viewing on four screens.