Available for purchase in March, and on rental in April. 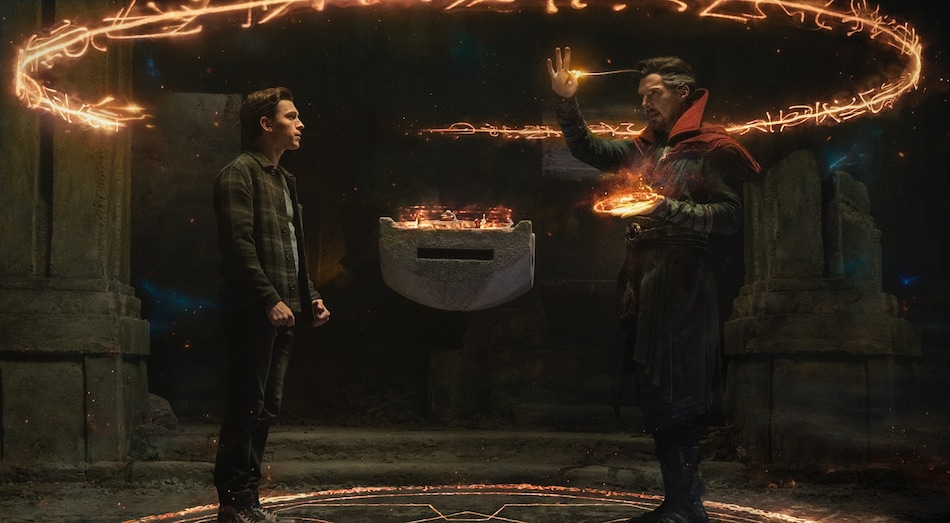 Spider-Man: No Way Home is coming home next month. BookMyShow has told Gadgets 360 that the latest Spider-Man movie — also the biggest Spider-Man movie ever, and the sixth highest-grossing movie of all time — will be available on its streaming platform, BookMyShow Stream, starting March 23. It will be available in English, Hindi, Tamil, and Telugu in 4K and full-HD. Initially, you can only buy it at Rs. 749. Those interested in renting Spider-Man: No Way Home will have to wait a few more weeks until April 13. Pre-orders are already open, but only for the former option. Expect the likes of Apple TV (formerly iTunes), Google Play Movies, and YouTube Movies — the latter two are the same really — to also offer No Way Home along those dates.

In a prepared statement given to Gadgets 360, BookMyShow said: “Spider-Man: No Way Home will be available for all fans who'd like to buy and watch the blockbuster on BookMyShow Stream on March 23rd with the title being available to rent from April 13th onwards. The final part of the Spider-Man franchise has had a tremendous run at the box office in India as it has globally, with BookMyShow alone selling over 5.5 million tickets for the movie in India. Infact, cinemas and theatres continue to receive a stupendous response for the film as it plays on the big screens here (even currently), resulting in the movie's arrival on the platform in India a tad later than its global counterparts.”

It's interesting that BookMyShow acknowledges that last bit. Spider-Man: No Way Home is expected February 28 or March 1 on video-on-demand platforms in the US — which means by the time the latest Spider-Man movie arrives on Apple TV, BookMyShow Stream, Google Play Movies and YouTube Movies in India, the Internet will be flooded with pristine pirated copies. By trying to juice out more from the ongoing theatrical release, Sony Pictures India is running the piracy risk by delaying the home release of Spider-Man: No Way Home. That said, the market for video-on-demand (and physical media such as DVD and Blu-ray) is more or less negligible in India, which could also be fuelling Sony's decision.

Major spoilers lie ahead for Spider-Man: No Way Home. The latest Spider-Man movie also features Andrew Garfield as Peter Parker/ Spider-Man from The Amazing Spider-Man movies, Tobey Maguire as Peter Parker/ Spider-Man from the Spider-Man trilogy, and Charlie Cox as Matt Murdock from the Netflix-Marvel series Daredevil. Thomas Haden Church and Rhys Ifans return to voice their respective roles of Flint Marko/ Sandman from Spider-Man 3 and Curt Connors/ Lizard from The Amazing Spider-Man, but their physical presence is recreated through archival footage. Tom Hardy's Eddie Brock/ Venom, and J.K. Simmons' J. Jonah Jameson have roles too.

You can watch Spider-Man: No Way Home online in India starting March 23 on Apple TV, BookMyShow Stream, Google Play Movies and YouTube Movies. It will be available for rent from April 13.