Alongside Ryan Reynolds’ The Adam Project, Eternally Confused and Eager for Love, and Formula 1: Drive to Survive season 4. 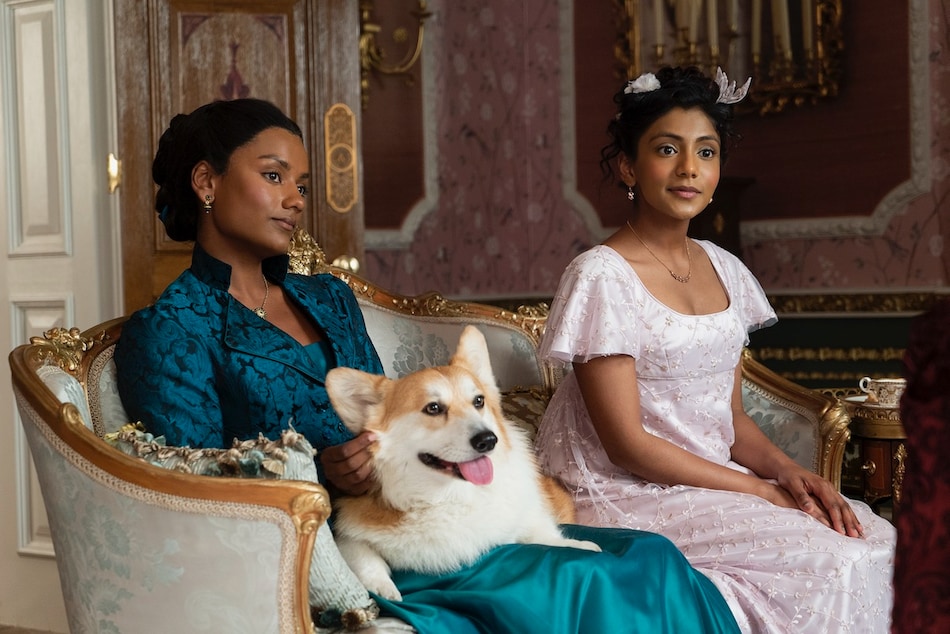 The biggest Netflix original in March is by far season 2 of Bridgerton, the Regency-era London series following several members of London high society. Regé-Jean Page is gone, and the focus shifts to Anthony (Jonathan Bailey) and Kate Sharma (Simone Ashley, from Sex Education). Bridgerton season 2 drops all episodes March 25 on Netflix. Two weeks earlier on March 11, Ryan Reynolds returns with a new sci-fi movie with his Free Guy director Shawn Levy. In The Adam Project, he's a time-traveling fighter pilot who must work with his 12-year-old self to save the world. The Adam Project is out March 11 on Netflix. And I know a lot of you are looking forward to season 4 of Formula 1: Drive to Survive — it's available March 11 — which will chronicle one of the most exciting F1 seasons in recent memory.

Netflix has announced just one Indian original for March so far. Produced by Zoya and Farhan Akhtar's respective production labels, Eternally Confused and Eager for Love follows an awkward and lonely 20-something (Vihaan Samat) who is often led astray by a cheeky imaginary wizard as he struggles in his quest for a girlfriend. Jim Sarbh, Rahul Bose, and Suchitra Pillai also star. Eternally Confused and Eager for Love premieres March 18 on Netflix. The only other Indian content on Netflix in March that we know of is the second season of the animated spin-off Taarak Mehta Kka Chhota Chashmah, dropping March 10 on the service.

If you are looking for more originals, the historical sci-fi romantic drama Outlander returns for its sixth season starting March 7. With war inching closer, the Frasers (Caitríona Balfe and Sam Heughan) must figure out a way to keep the peace. Elsewhere, The Flash star Grant Gustin partners with a clever and naughty dog in based-on-a-true-story Rescued by Ruby as he trains to join an elite K-9 unit. Rescued by Ruby releases March 17 on Netflix. Emily in Paris' Lily Collins can be seen alongside Jason Segel and Jesse Plemons in Windfall — out March 18 on Netflix — where things go wrong after a thief breaking into an empty vacation home is surprised by the last-minute arrival of a mogul and his wife.

March also brings the Big Mouth spin-off Human Resources, where Lovebugs, Hormone Monsters and other creatures like them juggle romance, workplace drama, and their human clients' needs. Human Resources slides in March 18 on Netflix. And lastly, fans of Andy Warhol might want to give a new limited docu-series a look on March 9. After he was shot in 1968, Andy Warhol began documenting his life and feelings. The Andy Warhol Diaries looks at those diaries as they reveal the secrets behind his persona.

Outside of originals, the biggest title in March is the OTT premiere of Tom Hardy-led Venom: Let There Be Carnage, the sequel to the high-grossing Spider-Man spin-off Venom. Venom: Let There Be Carnage is available March 1 on Netflix in India. And in some excellent news, Bo Burnham's award-winning coming-of-age comedy-drama Eighth Grade is coming to streaming in India for the first time. Eighth Grade drops March 13 on Netflix. Gucci! (IYKYK)

With that, here's the full list of movies and TV shows coming to Netflix India in March 2022. We've marked Netflix Original titles in bold.

March 2
Against The Ice
The Pirates: The Last Royal Treasure
Savage Rhythm: Season 1

March 11
The Adam Project
Formula 1: Drive to Survive: Season 4
Life After Death with Tyler Henry: Season 1
Once Upon a Time… Happily Never After
Rabid: Season 1

March 30
Trust No One: The Hunt for the Crypto King