This is a quicker way to start a radio playlist of similar songs on YouTube Music. 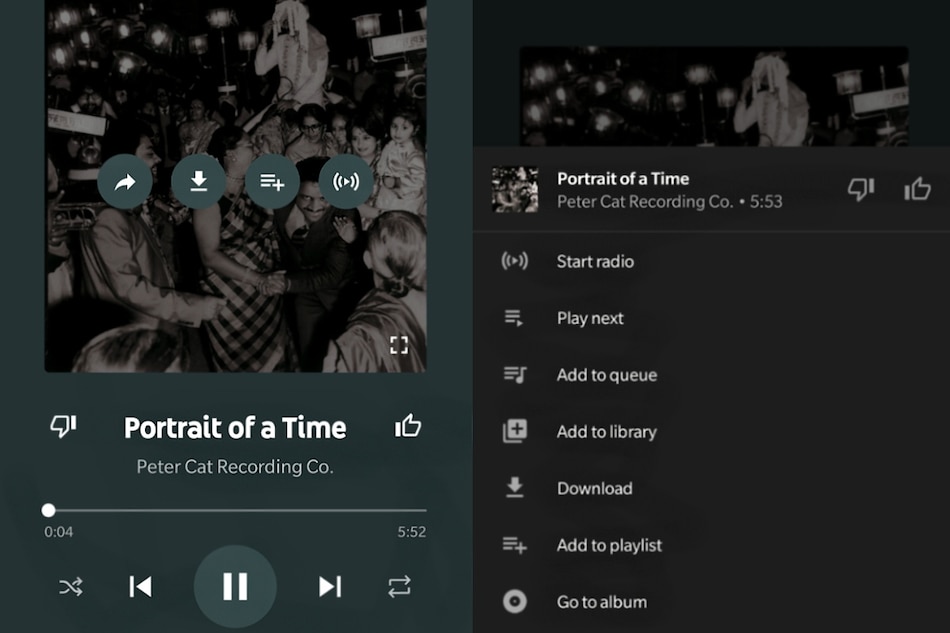 YouTube Music is now letting users ‘Start radio' directly from the Now Playing screen on Android. Users can click on the album artwork of the song and choose the button on the extreme right to start a radio of similar songs. The ‘Start radio' option has been available in the overflow menu in YouTube Music for a while, but it is now surfacing as a quicker option as well. Google has been rolling out a number of new features for YouTube Music over the past few months, with this being the latest.

Users can tap on ‘Start radio' option from the album artwork interface when a song is playing on YouTube Music in order to listen to similar songs. It is the fourth button. A toast message that says ‘Starting radio' appears on the screen after tapping it. The update was first spotted by 9to5Google. The publication notes that this feature has been in testing for several weeks now.

Before this update, the ‘Start radio' option could be accessed from the overflow menu of YouTube Music. The option to do so is still present, but this is a quicker way to start a radio playlist of similar songs. Alternately, users can also long-press any song outside the player to start a station. While it is a useful feature, the new ‘Start radio' button can be hard to identify and may take users a while to figure out the use of it.

Google released several new features for YouTube Music in the last few months of 2020, as it transitioned by shutting down Google Play Music and encouraged users to switch to YouTube's platform for music. The streaming app rolled out a feature similar to song radio called Quick Picks in November last year. Upon selecting a song, a radio playlist of similar songs will be generated. The feature seemed to be a way to introduce users to more music of their type in an efficient manner.