Inside Edge 2 Review: Why Is One of Amazon’s Worst Indian Series Still a Thing?

Still akin to a soap opera and hollow at its core. 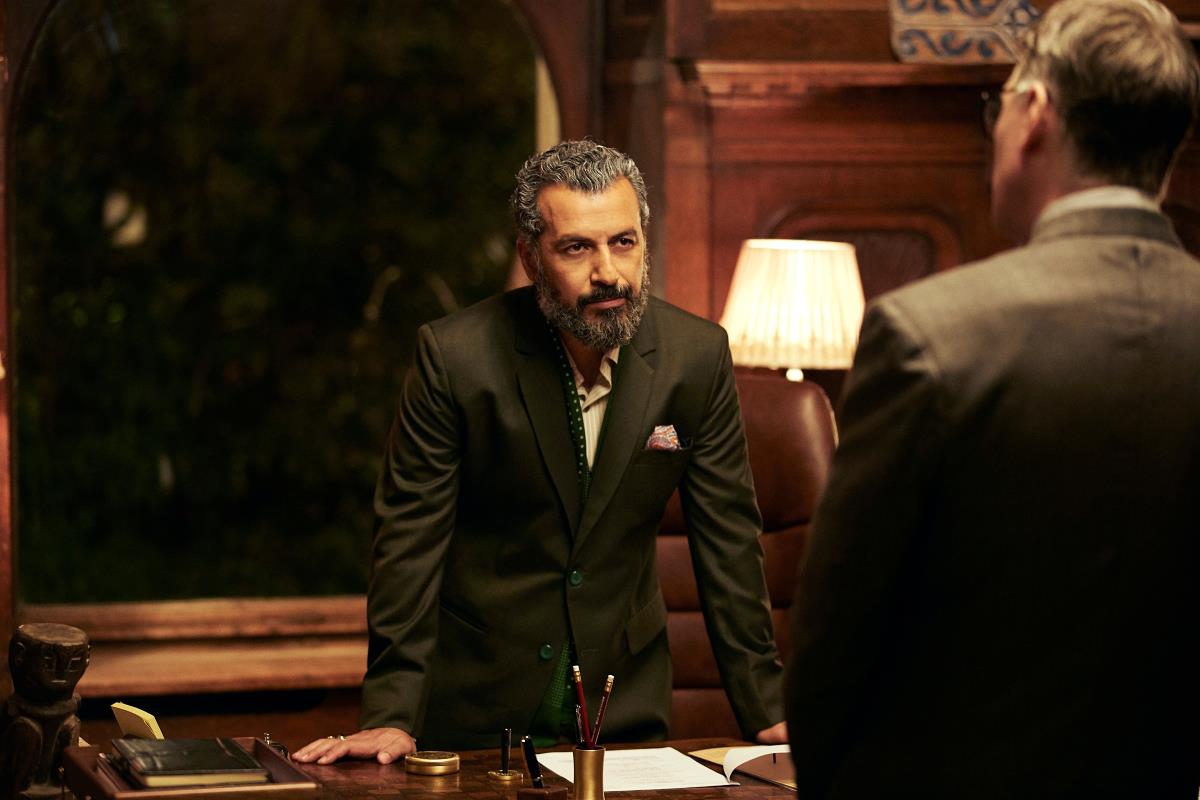 Aamir Bashir as Yashwardhan “Bhaisaab” Patil in Inside Edge season 2

In July 2017, less than seven months after its foray into India as part of its global expansion, Amazon Prime Video released its first local original series: Inside Edge. In doing so, Amazon beat its primary international competitor — Netflix — to the punch, which had close to a year's head-start in India but wouldn't premiere its own first original, Sacred Games, for another year after Inside Edge. But being first and aiming at Indians' dual love of cricket and Bollywood can only take you so far. After all, though both shows were nominated at the International Emmys in consecutive years, the gulf in quality was clear as day. To be completely honest, it's ludicrous that anyone would even consider Inside Edge for an award, other than the Razzies.

Nonetheless, Amazon's first Indian original series is back, nearly two and a half years on. And just like when it originally aired, Inside Edge continues to be an unnecessarily over-the-top TV show in season 2. In fact, given how melodramatic it usually is, it's less of a TV show and more akin to a soap opera. Slot it alongside today's Kyunki Saas Bhi Kabhi Bahu Thi and no one would bat an eye. As was the case with the first season, it's still poorly written — creator Karan Anshuman leads a team of four — and features under-developed characters that aren't consistent. Combine that with uninspired direction from ad-film guy Aakash Bhatia and pedestrian cinematography from Vivek Shah (Gurgaon), and you're left with such an amateur outing that makes you wonder if the entire playing XI is out injured.

Forget any semblance of technical expertise, Inside Edge season 2 even drops the ball when it comes to handling what happened at the end of season 1. In the last few seconds of the finale, the fading actress and Mumbai Mavericks' public face Zarina Malik (Richa Chadha) clobbered her majority co-owner, Vikrant Dhawan (Vivek Oberoi), with a cricket bat. If you thought that would effectively be the end of the vile murderer and molester, well, sorry to disappoint you. The second, much bigger happening was the rookie Prashant Kanaujia (Siddhant Chaturvedi) shooting Devender Mishra (Amit Sial), fed up with all the caste-driven abuse. But no one in the Mavericks — winners of the Power-Play League, a fictionalised version of the Indian Premier League — seems to have noticed.

Halfway into the new season of Inside Edge — critics, including us, had access to five of the ten episodes — the needle has barely moved on those two big storylines, let alone proceed towards some sort of resolution in a believable and satisfactory fashion. Outside of Prashant having PTSD-like nightmares that feature Mishra, there seems to be no investigation into the (attempted) murder of a man on the night of the Power-Play League final in one of India's biggest stadiums. Where's the CCTV footage and the questioning of the entire Mavericks squad, as was the case after the death of their former coach? In actuality, the death of two men — potentially, since it's unconfirmed — from the same team would put a tournament under the microscope. But Inside Edge 2 just rolls on like nothing happened.

Speaking of the late Mavericks coach Niranjan Suri (Sanjay Suri), Inside Edge season 2 opens with Haryana Hurricanes owner Manohar Lal Handa (Manu Rishi Chadha) convincing former Mavericks captain Arvind Vashishth (Angad Bedi) to return to the Power-Play League as captain of the Hurricanes. In return, Handa says he will reopen the police investigation — which had deemed it a suicide — and help nail Vikrant, whom they are convinced is behind it, despite any conclusive proof. But Handa never gets around to it, possibly because the show doesn't really want to. Meanwhile, Arvind's old boss, Zarina, is willing to cross all sorts of lines on both fronts — cricket and Bollywood — that she shied away from in most of season 1, as tries to fulfil her bigger ambitions.

On the cricketing side of things, that brings in a couple of new characters — or gives a face to an existing one. The individual referred to as Bhaisaab, who was pulling the strings in all of season 1, turns out to be a Yashwardhan Patil (Aamir Bashir), president of the Indian Cricket Board, analogous to the BCCI. With Vikrant out of the Mavericks picture, Bhaisaab takes control of the 85 percent stake and installs his daughter Mantra Patil (Sapna Pabbi) at the helm alongside Zarina, to teach her the ropes. Mantra is also a forced love interest for the arrogant man-child Vayu Raghavan (Tanuj Virwani), who has failed upwards to become the Mavericks captain. Their romance is self-aware about Vayu's stalking, but outside of that, it's rudderless and ineffective like most of Inside Edge season 2.

But the bigger problem isn't the choices made by its characters, but how Inside Edge views them. As Phoebe Waller-Bridge said of working on No Time to Die, Bond doesn't have to treat women properly, but the Bond movies do. Vayu was introduced as the most reckless and juvenile of cricketers in season 1, but no matter what new low he sunk to, he never really paid for his actions. (Being dropped for a couple of matches isn't enough.) Just when you figured he was cornered and would have to compromise on his values, he got a get-out-of-jail-free card thanks to Zarina in season 1. If a character doesn't have to atone for his sins, and in fact benefits from them, that's giving the wrong idea to audiences. What does it say about Inside Edge if the makers don't condemn the jerks?

As for its self-awareness, that's essentially limited to the Vayu-Mantra interactions and disappears elsewhere. Inside Edge's most frequent annoying habit is its relentless pursuit of coming across as the cool kid. That translates into cheesy dialogues and filler talk, just to set up that “cool” one-liner that it wants its larger-than-life characters to deliver. The Inside Edge writers are so high on having seen one too many ‘80s B-movies that they lost sight of what's important like 50 overs ago in a 20-over format. It's also why it loves to pile on plot-level surprises, uncaring of the narrative importance — and heft — of a setup followed by a relevant payoff. Ultimately, the Amazon series fails to understand that stories are about relatable characters not twists.

Even its cricket matches — or rather, the glimpses we get of them — make little sense at times. (On occasion, the commentary doesn't match the events on screen.) The focus is only on the characters we know, for obvious reasons, but when there's no importance attached to the actions of others on the pitch, it all comes across as manufactured. This was also a problem with the numerous instances of spot fixing in season 1. Moreover, said artificiality is evident in how nearly everyone on Inside Edge has a dark secret and can hence be threatened if it suits the story, while others have no integrity and are easily bought. (Speaking of being bought, Inside Edge season 2 is shameless about product placements, which even include Amazon's own voice assistant Alexa this time around.)

Plenty of shows offer a nihilistic and bleak worldview, but Inside Edge is ultimately hollow at its core. After a disastrous opening, its second season is proof that it's an irredeemable series, which believed its own hype — and the miraculous International Emmy nod — and didn't reflect at all on its first innings. Instead of coming back after a long absence, it should have retired when it had the chance. Early into Inside Edge season 2, as it rips its plot from decade-old headlines, a character remarks: “One less season of the PPL will make no difference to the nation.” Well, to be fair, we could have done with one less season of Inside Edge too.