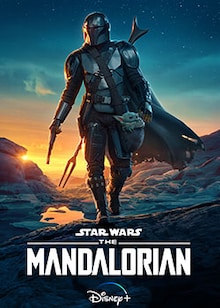 Share
Season 2
Adventure Sci-Fi
4.7 ★ 2020 Season 2 English 13+
The Mandalorian is drawn to the Outer Rim in search of others of his kind.

About The Mandalorian Season 2 Web Series

The Mandalorian (Pedro Pascal), a bounty hunter, accepts an under-the-table commission on the outpost world of Nevarro from an enigmatic client with connections to the former Galactic Empire in the first season, but things quickly go in a different direction. The second season of the show sees him continue in his quest to reunite The Child, a force-sensitive youngster from a mysterious race, with others of his kind. The Mandalorian was a breath of fresh air for Star Wars when it premiered late last year. It was everything that The Rise of Skywalker — a much more hyped entry released a month later, billed as the final word in the four-decade-long Skywalker Saga — was too afraid to be. The Mandalorian gave us a lead character who wasn't Force sensitive and who didn't even show his face. It didn't prey on our nostalgia — well, except the part that it's set in a beloved universe — as it introduced a motley of supporting characters who were all new faces. Rather, it preyed on our shared love for all things cute and small, in giving us Baby Yoda (whom we now know as Grogu). And naturally, it helped that the little green critter was Force sensitive.