Spider-Man: Miles Morales is a launch title for the PS5. 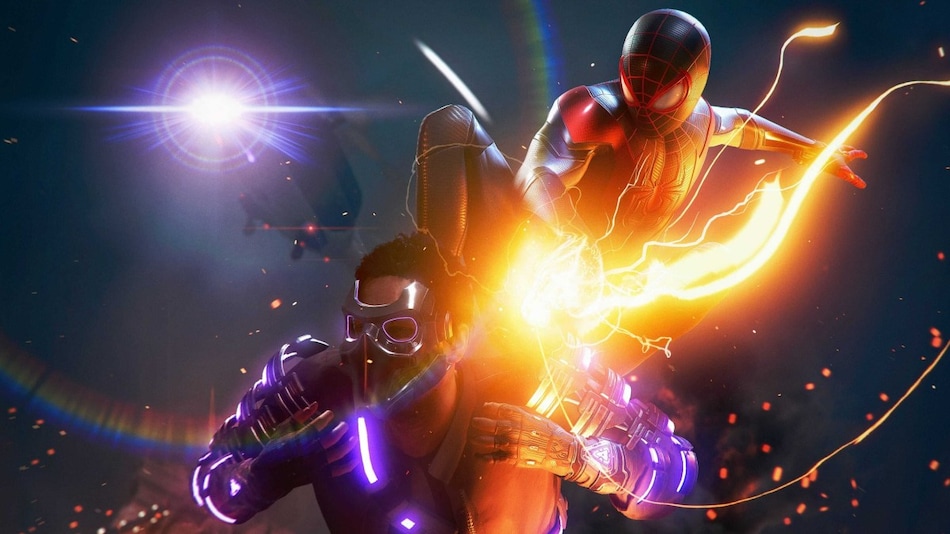 Spider-Man: Miles Morales is set to release next week as a launch title for PlayStation 5 and will also be available for PlayStation 4 users alongside. Its 2018 predecessor, Marvel's Spider-Man, took the world by surprise as one of the most engaging and well-received superhero games in recent years. While the previous Spider-Man game let gamers take control of Peter Parker, the new title will be centred around the adventures of Miles Morales, who appeared as a non-player character (NPC) in Marvel's Spider-Man. The upcoming game promises to make full use of the PS5's hardware prowess, including real-time ray tracing, faster loading times, and the haptic feedback on DualSesnse controllers.

When Spider-Man: Miles Morales was first announced back in June, the game was touted. to be “an expansion and enhancement to the previous game” by PlayStation Europe head Simon Rutter. However, developer Insomniac Games clarified in a tweet that it will indeed be a standalone game. But Spider-Man: Miles Morales won't be as long as Marvel's Spider-Man, whose main story campaign took a little under 20 over to complete. The new game is around half as long.

From its price in India to the release date, here's everything you need to know about Spider-Man: Miles Morales.

In our review of Spider-Man: Miles Morales, we rated the title 7 out of 10. While the gameplay is quite similar to Marvel's Spider-Man, several tweaks are incorporated to make the gameplay smoother and sleeker. We concluded in our review, “It's a successful expansion of Insomniac's Spider-Man universe, but it's a new paragraph, rather than a new chapter. Hopefully it will give us the latter next time around. And though it's also good for representation, it still has a ways to go.”

A PlayStation exclusive, Spider-Man: Miles Morale is set to release on November 12.

While all PlayStation 4 users will get their hands on the game on the day, PS5 users will only get to access it in the countries where the next-generation console will be initially launched – the US, Canada, Japan, Korea, Mexico, Australia, and New Zealand. On November 19, as the PS5 launches in remaining markets, Spider-Man: Miles Morales will be available alongside as well. Sony hasn't announced any details on the PS5's India release date yet.

The Standard Edition is priced at Rs. 3,999/ $49.99 and the Ultimate Edition is priced at Rs. 4,999/ $69.99. Upon pre-ordering the game, customers will receive several digital bonuses, including the never-before-seen T.R.A.C.K. Suit, the Gravity Well Gadget, extra skill points, and last but not the least, the Spider-Man: Into the Spider-Verse Suit.

Spider-Man: Miles Morales picks up a year after the event of the previous game's DLC, Marvel's Spider-Man: The City That Never Sleeps. You take control of Miles Morales who's just finished a year's training with Peter Parker. Morales must keep New York City safe from a brewing gang war between Roxxon Energy (seen in the previous game) and a high-tech terror group called Underground, led by the crafty Tinkerer.

As seen in the gameplay trailer, Spider-Man: Miles Morales promises to be just as fun as thrilling as the first release. Morales has several new suit mods to play around with, as he is seen using handy powerups such as invisibility and bioelectricity. Oh, you can also carry a cuddly cat around in your backpack with the Bodega Cat Suit that wouldn't mind bearing its claws and spring into action during fights.

The gameplay experience is expected to be heightened due to the PS5's impressive hardware muscles. Insomniac games confirmed that the next-generation console will be able to run Spider-Man: Miles Morales at 4K resolution and 60fps in an optional Performance Mode.