Spider-Man: Miles Morales Will Let You Carry a Cat in a Backpack

The cat is also called Spider-Man. 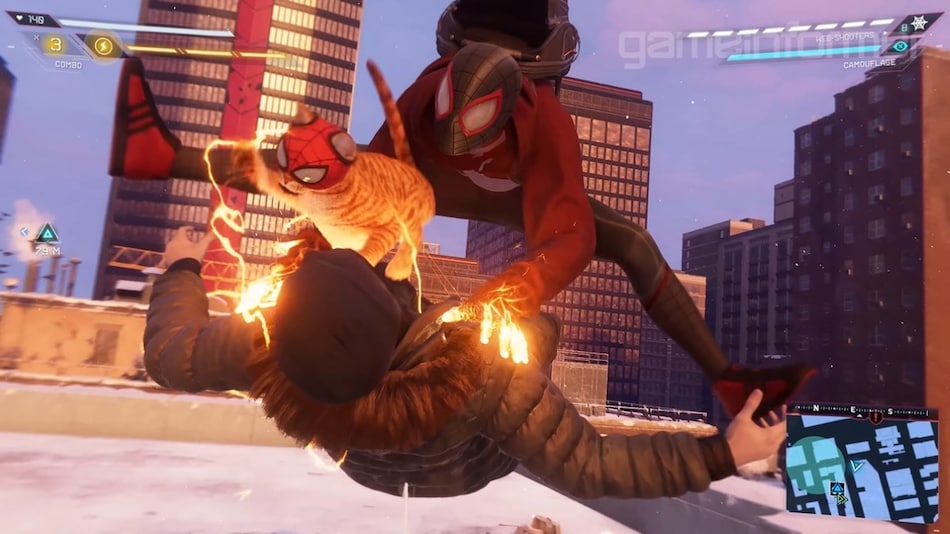 Spider-Man: Miles Morales is out in less than a month, and Insomniac Games has given us a further peek at the next PlayStation-exclusive Spider-Man adventure. We know more about Miles' abilities, the villain he will face in his first boss battle, and the differences between the game's standard “Fidelity Mode” (4K 30fps) and the optional “Performance Mode” (4K 60fps). But easily the best news of the new Spider-Man: Miles Morales reveal is the “Cat Suit” that features an actual cat with a Spidey mask in a backpack that will jump out and attack during finishing moves. And oh, the cat's name? Spider-Man.

Game Informer brings us the new details on Spider-Man: Miles Morales, including a gameplay video that features Spider-Man the cat. A side quest involves Miles rescuing the cat and returning it to the owner of a bodega — the New York term for a convenience store — who is delighted to have him back and gushes over him like it's his child. Cut to a reveal of the Cat Suit that involves Miles wearing a Spider-Man jumper and a backpack from which Spider-Man the cat emerges, sporting a Spider-Man mask of its own. And when Miles knocks out an opponent, the cat springs and bears its claws.

Another gameplay video, featuring both Miles and Peter Parker, reveals that the Harlem hero will first go up against the Rhino (also part of Marvel's Spider-Man) after he bursts out of the vehicle he's being taken in to prison. During the ensuing combat, Miles performs a “Venom Punch” (L1 + square button) that drains his “Venom Meter,” as with the “Focus Meter” for Peter on the 2018 Spider-Man game. Miles can also make himself nearly invisible, allowing him to introduce stealth midway into combat, just as Black Widow can on Marvel's Avengers.

As for game performance, “Fidelity Mode” (4K 30fps) on Spider-Man: Miles Morales will make use of the PS5's new hardware-level features such as raytracing. These will not be available in “Performance Mode” (4K 60fps), the report reveals.