The narrative-driven adventure follows Basim, a young pickpocket-turned-assassin in the streets of Baghdad. 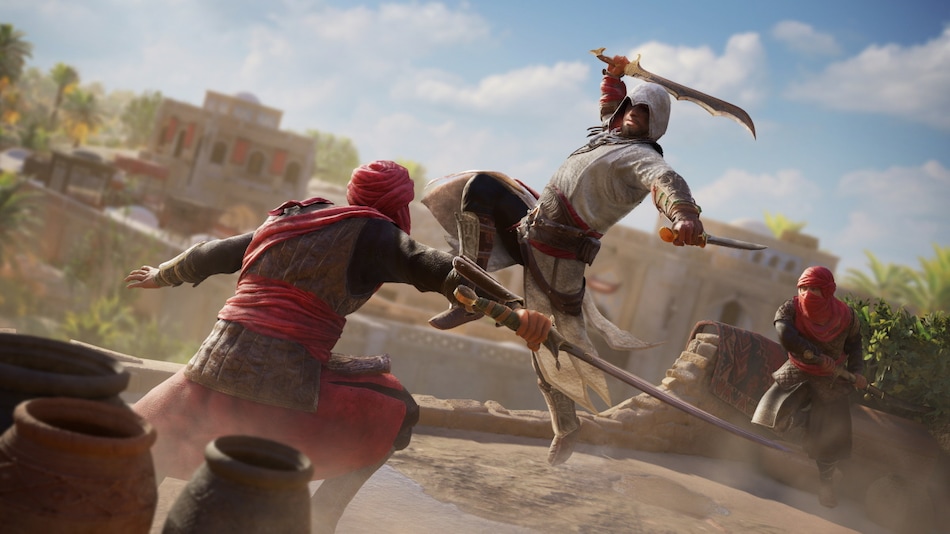 Ubisoft released a cinematic trailer for Assassin's Creed Mirage, featuring our lead character Basim Ibn Ish'aq, getting indoctrinated into the assassin clan. Conducting the ceremony is master Roshan, who is graced by the raspy voice of Emmy-winning actress Shohreh Aghdashloo, best known for The Expanse, and HBO's House of Saddam. With this entry, Ubisoft is going back to the roots of the series, featuring a tight-bound narrative experience, focused on stealth, parkour, and assassinations — as previously reported. Set 20 years before the events of Assassin's Creed: Valhalla, Mirage follows a younger Basim, as he turns his life around from pickpocketing locals in Baghdad to become a skilled assassin.

“Are you ready to leave your life behind and walk the path of shadows?” asks Roshan, as we cut to footage of a young Basim getting chased by townsfolk over a matter of robbery. Despite being quite adept at parkour, he gets cornered at one point, only to get saved by a mysterious hooded assassin — the aforementioned Roshan. Basim is on a path to correct his errors and join a new family to hone his skills and eliminate targets that threaten to overthrow Baghdad's peacefulness. The Assassin's Creed Mirage trailer also features some brief combat footage, relying on both curved daggers and hidden blades.

The Assassin's Creed Mirage trailer then displays some action sequences, as a now-refined Basim targets a group of officials. Red smoke bombs are part of his inventory now, alongside the drone bird ability that lets you survey surroundings. The end of the trailer also features a monster, akin to the Draugrs from God of War (2018), indicating that Ubisoft is still incorporating mythic beasts in their Assassin's Creed games.

As per Ubisoft, pre-orders for Assassin's Creed Mirage are now up, offering an exclusive “The Forty Thieves” side quest. Earlier this month, leaks revealed the cover image for the said DLC, which is clearly a reference to the Arabian folktale, “Ali Baba and the Forty Thieves.” The leaked image also featured a giant doorway, which could presumably be unlocked by uttering the “Open Sesame” password.