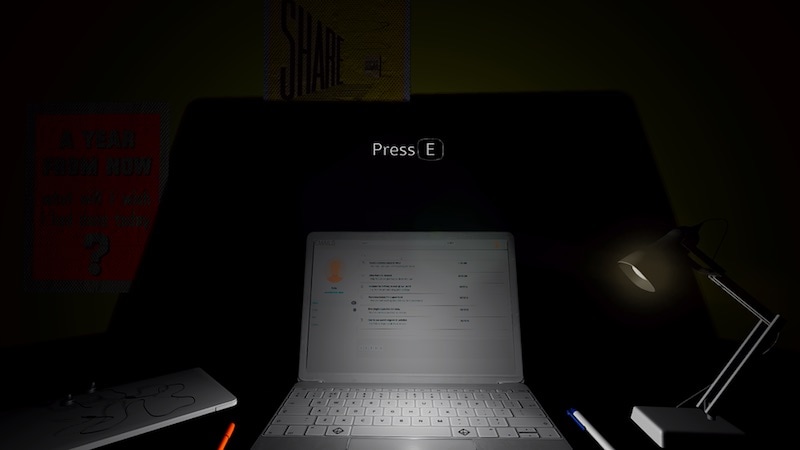 As more Indian game developers flock to make games for the PC, it's no surprise to see genres usually not associated with the country being experimented with. One such game is Ather. Developed by Rajasthan-based LazyMonks Entertainment, it's an episodic horror game in first-person. Touting real-world terrain and high-quality graphics, it's the first game from LazyMonks - a studio consisting of three developers fresh out of college. The team tells us they spent four months teaching themselves how to use the Unity engine before diving head on to make Ather, which took a year to put together.

The game has you in the role of a YouTuber Felix uncovering the mysteries in Ather. LazyMonks co-founder Vatsal Nandwana tells us that he is based on PewDiePie (whose real name is Felix Kjellberg).

"We wanted to develop something we wanted to play. The game is inspired by PT and Silent Hills," he explains. "Though the environments were crafted via Google Earth. Particularly the Redwood forest, as the terrain in-game was based on it."

Nandwana explains that the reason for going with Steam had to do with its security measures that prevent piracy and that the game will be updated with additional content and chapters post-release with "no additional price for updates."

It will be interesting to see how the game shapes up considering most Indian developers prefer cutting their teeth with mobile releases before graduating to Steam. That said, Ather is out on April 14 for Rs. 649 ($9.99 in the US) so we won't have to wait too long to find out.