BGMI players can interact with four Jujutsu Kaisen characters on the main island. 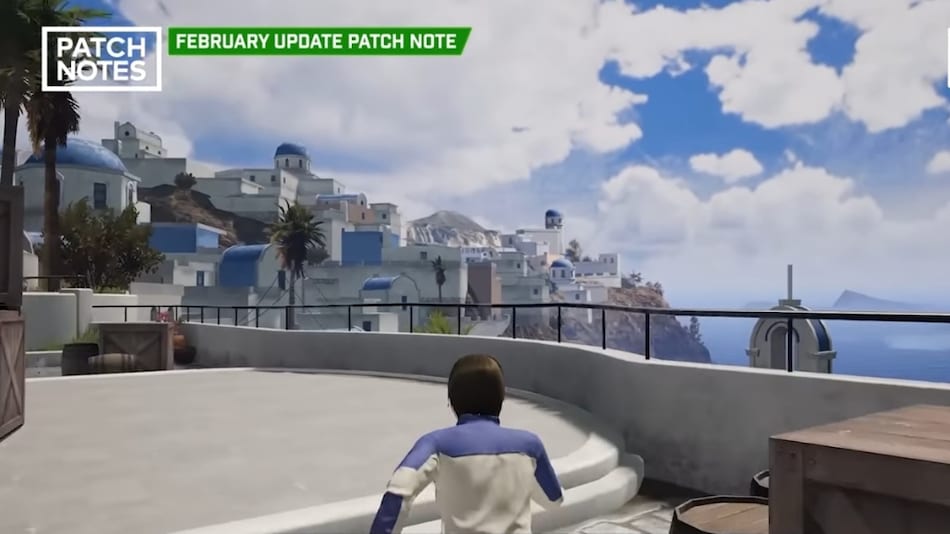 Battlegrounds Mobile India (BGMI) 1.8.5 update will be rolled out sometime in February, and a sneak peak of what's coming has been revealed. In a preview of the update, the game is teased to get Jujutsu Kaisen characters in Erangel map, locked treasure boxes in Erangel and Livik, Skull Grenades to summon a boss and defeat them to get powerful items, and a new Santorini Map which can be used for both Arena Training and Team Deathmatch.

The video shared by BGMI on its Instagram handle lists some of the upcoming changes in 1.8.5 update. The first highlight of the update is that the characters from Jujutsu Kaisen are coming to Erangel. The Jujutsu Kaisen Theme Mode can be played in ranked matching by clicking the arrow buttons on the right-bottom or Erangel and Livik. Players can also interact with four characters from the manga series on the main island.

The second highlight entails the locked treasure boxes which can be found in Erangel and Livik. The location and clues of these boxes in the Season tab. These boxes contain loot items as well as items which can be used for reward exchange. Some items can also be used to complete special achievements.

Furthermore, Skull Grenades will pop up occasionally in Erangel and Livik. These grenades can be used to summon a boss, and if you defeat the boss, you will get powerful items. However, there is an advisory according to which the boss may not be summoned if the grenade is thrown in a narrow corner.

There is also a new 8v8 Santorini Map based on Santorini Island, and it can be found in the Unranked tab and the Arena tab. The gears will be available for grabbing at the starting point, and the names of the zones are indicated as it is a very wide map. The players will be segregated in Blue or Red teams and in an 8v8 match, the team that gets 80 points within 10 minutes wins the match.

Call of Duty: Warzone, Vanguard Season Two to Debut on February 14: All You Need to Know
Redmi Note 11 4G India Variant Specifications Tipped via Geekbench Ahead of February 9 Launch