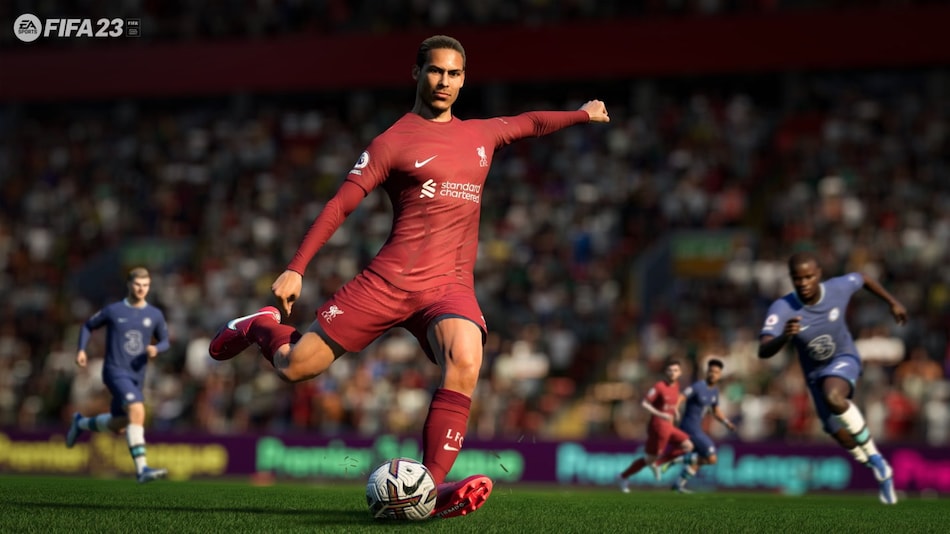 FIFA 23 Ultimate Team will also include a World Cup mode

EA Sports has added a brand new FUT Moments mode, which is designed to be a fast and fun bite-sized scenario method to earn rewards. Players can partake in certain challenges within a match, like a crucial free kick or penalty or a decent attempt. Following the giving instructions and completing these sessions grants players Stars, which can be redeemed to unlock packs and other rewards from the FUT store. FIFA 23 will also include some crazy challenges such as scoring with a goalkeeper or performing a skill move, which grants bonus Stars for a job well done.

Some moments will be inspired by real-life matches, while others would be manifested by the dev team. This would primarily serve as an offline component to FIFA Ultimate Team, featuring some seasonal updates here and there. This is also ideal for gamers who don't have the time to sit through an entire match. So, they can just boot up the Moments mode and farm stars to unlock key players for the online FUT segment.

FIFA 23 will see a complete overhaul to the player chemistry system, offering more variety to the way you customise your team. EA will now refer to real-life scenarios as a way to map chemistry and positioning between team members. Chemistry can now be built across the entire pitch, as seen with Liverpool FC's Trent Alexander-Arnold and Andrew Robertson, who are a total powerhouse, despite being positioned on opposite sides of the pitch. Similarly, strikers like Mbappé can be linked across the pitch with PSG or France (International) defenders.

Players will no longer have to worry about green links and can rely on other realistic factors to set up their team. This will be represented using three diamonds — each of them representing a chemistry point, with a dedicated statistic panel representing a club or nation logos for ease of access. For the first time ever, FIFA will also let you assign a secondary position, which is a key tool for when one of your players is injured. Manchester City's João Cancelo for instance can be set to play in left-back or right-back positions, just like in real life. You can set up to three alternate positions.

FIFA 23 is introducing cross-play to its matchmaking system, allowing for seamless play between PC, Xbox, and PlayStation owners. As long as you're playing on the same generation of consoles, you can match up with them instantly. This would also save a ton of waiting time in the lobby, as the game can now just pick players from neighbouring platforms and throw them at you. The system also extends to friendly matches online, FUT Draft, and head-to-head games.

Furthermore, FIFA 23 is bringing new customisation options, such as tier-based roof selections, animated pitch trophies, and more. A World Cup mode will also be coming to FUT this year, though the developers are tight-lipped about it for now. Further updates can be expected soon.

FIFA 23 is out September 30 on PC, PS4, PS5, Xbox One, and Xbox Series S/X. Purchasing the Ultimate Edition or subscribing to EA Play Pro gets you three-day early access from September 27. FIFA 23 Legacy Edition will be available on Nintendo Switch.