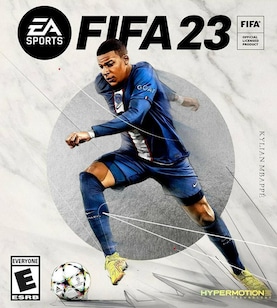 FIFA 23 — out now worldwide — is the last football game from EA Sports to bear the FIFA moniker. With the global footballing body demanding a pretty penny for renewing the licence, Electronic Arts has decided to tear up the contract altogether. But as it was going to expire in late 2022, around the time of the Qatar World Cup and in the middle of FIFA 23's run, EA and FIFA have had the common sense to extend it for several more months. This ensures that the new (and last) FIFA game won't be rebranded midway through the season to the awkwardly and laughable choice of “EA Sports FC”. That's still set to happen next year, starting with FIFA 24 — I mean, EA Sports FC 24 — so be prepared for the memes to follow. For now, there's calm and consistency.