Kylian Mbappé and Sam Kerr have been picked as cover stars for FIFA 23 Ultimate Edition. 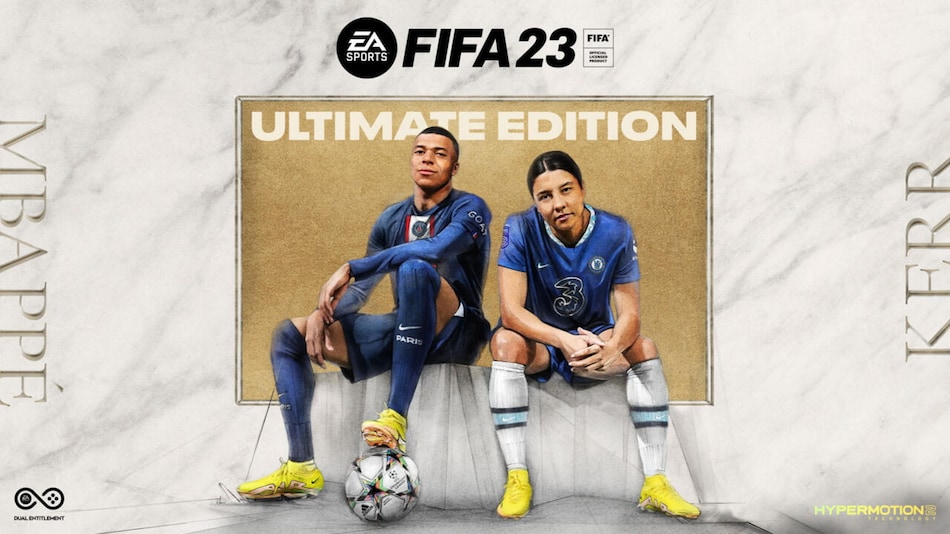 FIFA 23 is getting an official first look this week with a trailer, set to debut on Wednesday, July 20. As part of the announcement, EA Sports has also revealed the cover art for the game, featuring Paris Saint-Germain's Kylian Mbappé and Chelsea Women's striker, Sam Kerr. This year's annual football simulation game from EA will be the final one to include the ‘FIFA' moniker, as a result of disagreements with global footballing body FIFA. Keeping with tradition, we can expect the title to launch sometime in September or October.

EA Sports revealed the official cover art on Twitter for the FIFA 23 Ultimate Edition — the most expensive one — of the game, which includes bonus Legends and packs for its Ultimate Team component. This year also marks the third consecutive cover appearance for Kylian Mbappé since FIFA 21, who is considered one of the best men's footballers in the world right now.

Sam Kerr, on the other hand, appears on the cover for the first time — further stressing the inclusion of a Women's World Cup segment in the latest instalment. The 2023 FIFA Women's World Cup is being hosted by Australia and New Zealand.

Video game reporter Tom Henderson had previously leaked, via XFire, that FIFA 23 will include two World Cup modes, Men and Women, with EA expanding its licensing partnership across all major leagues. However, the Russian national team and clubs will be excluded, in response to the ongoing war in Ukraine. The leak also stated that the latest football simulation game will come with support for crossplay, across PlayStation, Xbox, and PC. The support will be enabled for both online and co-op modes.

EA Sports will be debuting a new teaser this week, showcasing some of the new improvements, including the Hypermotion Technology, which is described as a next-gen motion capture technique that combines real-life 11v11 recordings with machine learning to deliver lifelike movement. In the report, Henderson also claimed that the technology had been enhanced “tenfold,” and allowed developers to capture animations from real matches through stadium cameras. Volta (5-a-side), Pro clubs, and Career Mode are also expected to return.

As stated earlier, this would be the last time EA associates themselves with the ‘FIFA' tag, owing to a financial dispute. Turns out, the FIFA branding and licensing were getting too expensive to afford, and EA Sports was asked to pay $2.5 billion over the next 10 years by the Federation. The current contract will end next summer, after which the franchise gets rebranded to EA Sports FC.

EA Sports, however, will continue to retain the licence for all the players, clubs, stadiums, and around 30 in-game leagues such as Premier League, Bundesliga, and LaLiga.