The “multi-year collaboration” will bring back the official Juventus FC logo, jerseys, and the Allianz Stadium. 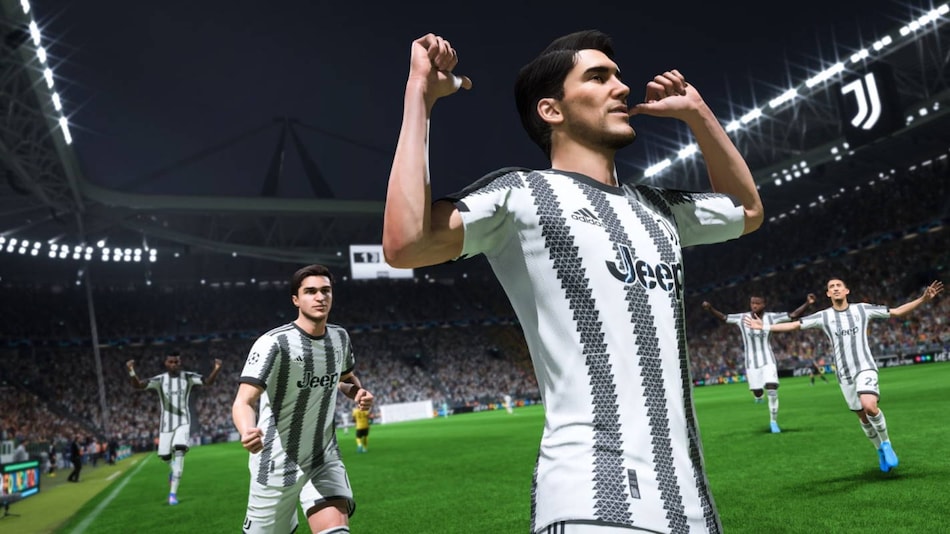 FIFA 23 — launching on September 30 — is bringing back Juventus FC to its team lineup. EA Sports announced a “multi-year collaboration” with the Italian football club, which will once again feature the Series A team in its original state. Juventus was previously available exclusively in Konami's eFootball Pro Evolution Soccer series for the past three years. This licensing issue forced EA to use the name ‘Piemonte Calcio' to represent the club. FIFA 23 is coming to PS5, PS4, Xbox Series S/X, Xbox One, and PC.

The name change was not the only issue during those three years, as EA Sports had to create different jerseys and a stadium — making for an unauthentic feel. But starting with FIFA 23, Juventus will be restored to its former state, featuring the official logo, jersey sponsors, world-class players, and the Allianz Stadium. According to Electronic Arts, the multi-year partnership will explore ventures beyond gaming and football.

The two sides will work across “a number of lifestyle and cultural initiatives,” with the Italian club noting a 360-degree experience of the Juve world, “a world of street art, culture, music and Urban lifestyle,” reads the blog post. Electronic Arts, the AAA video game publisher, will not only be a video game partner to Juve with FIFA 23, but also an official Urban Culture partner.

“We are proud to return by EA Sports' side,” said Giorgio Ricci, Juventus Chief Revenue Officer. “The partnership with EA Sports goes beyond the concept of a traditional partnership, together in the shared project of looking into the future, talking to new generations, riding the wave of new trends, in street art, urban culture and lifestyle.” Details on the same are not clear but will be revealed at a later date.

EA announced earlier this year that it would not be renewing its license with FIFA. According to them, the FIFA branding and licensing were getting too expensive to afford, with EA having to pay $2.5 billion over the next 10 years to the footballing body. The current contract ends next summer, after which the franchise gets rebranded to EA Sports FC. Effectively, this new partnership with Juventus FC will carry over — alongside all the other teams from Europe's top leagues.

This year's FIFA includes two major women's leagues, men's and women's World Cups as a free update, and support for cross-play in 1v1 modes. In the meantime, FIFA is working with other developers to create new football simulation games.