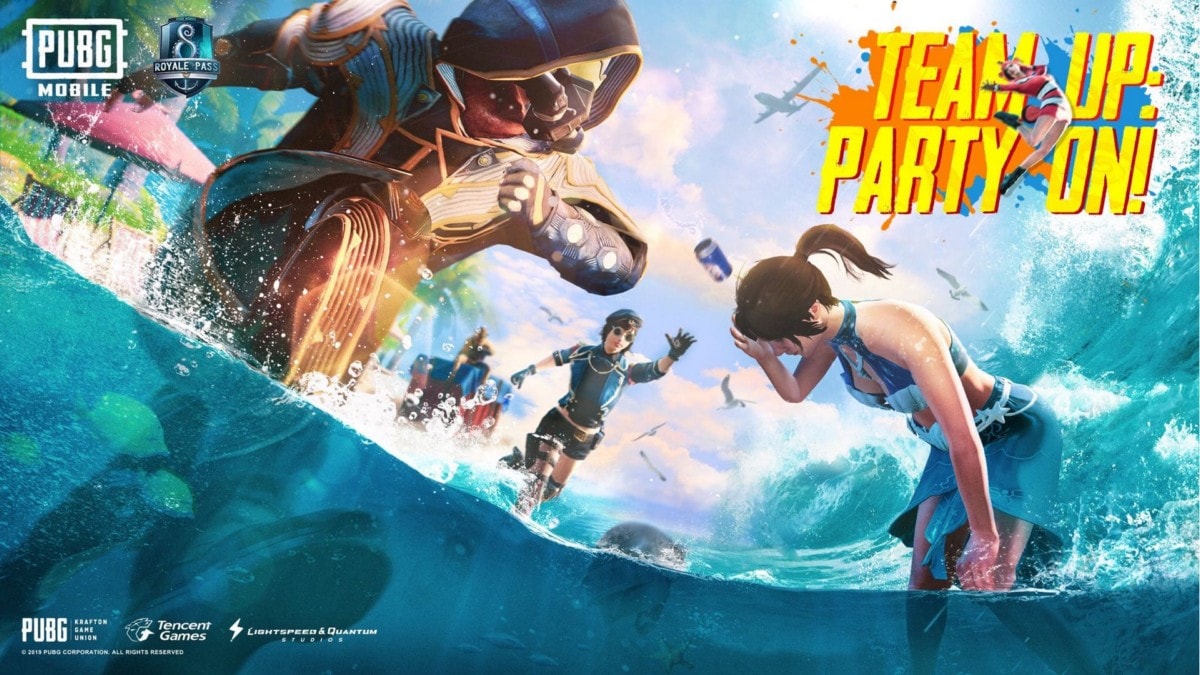 PUBG Mobile v0.13.5 update is here and it brings a tonne of changes, notable among them being a new weapon, HDR mode, ocean-themed outfits for the Season 8 Royale Pass, new display effects, and a lot more. Patch notes for the latest update are now live and it has begun rolling out across the globe. The PUBG Mobile update also introduces a host of UI changes, bugs fixes, and some details about the new events that are set to arrive later this month. Players who update the game before July 22 will get the Parachute Trail 1 and 1,888BP as rewards.

PUBG Mobile v0.13.5 update is 181MB in size for iOS-powered devices and 158MB on Android. The in-game update notice states that the new version will be rolled out starting July 16. Starting with the new game elements arriving with the v0.13.5 update, a sub-machine gun called PP-19 has been added to the game. It takes 9mm ammo and has an oversized magazine that packs 53 rounds. The PP-19 will be dropped in Erangel and Vikendi maps, and can be attached with all kinds of scopes while the fire rate is similar to that of a UMP.

The update also adds HDR mode in the graphics settings for high-end phones, allowing users to enjoy the game with even better visual details and smoother gameplay experience. TPP (Third Person Perspective) Team Deathmatch has been added to the Room Mode as well and new ratings protection cards have also arrived with the update, shielding players from rating deductions. Notably, the update also brings background download and update feature on iOS, which means players no longer have to keep the game open while game files are being downloaded.

The patch notes state that PMCO -themed events will be added later this month. A new mission has also been added in the events section where players can unlock the new Alan Walker theme song. As for improvements, UC purchase bonus and rewards have been updated, while the title visual effects have also been upgraded. Season 8 passes, mission cards, and other items have been added to the BP Shop for Prime tier subscribers.

The new PUBG Mobile update kicks off Season 8 and adds the Season 8 Royale Pass with many upgrades in tow. The entire Season 8 outfit will be made available as soon as players reach the gold tier. The Season 8 Royale Pass, on the other hand, brings new ocean-themed outfits just as a recent leak had predicted, and also adds a new friend request feature that allows players to ask their friends for Elite Pass and Elite Pass Plus.