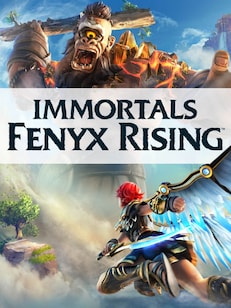 Immortals Fenyx Rising is a next generation title from Ubisoft that draws a lot of inspiration from 2017's Nintendo Switch launch title, The Legend of Zelda: Breath of the Wild, considered one of the best video games of all time. It was all the more special for how Breath of the Wild was a departure from the Zelda way of doing things, introducing voice acting to the franchise, and encouraging a freer approach to its massive open world. Nintendo's gamble paid off, and as of September, Breath of the Wild has sold over 20 million copies. Given those numbers, it was only natural that other studios would come to copy its ingredients, in an attempt to serve the audience that doesn't own the Switch or its predecessor, the Nintendo Wii U.