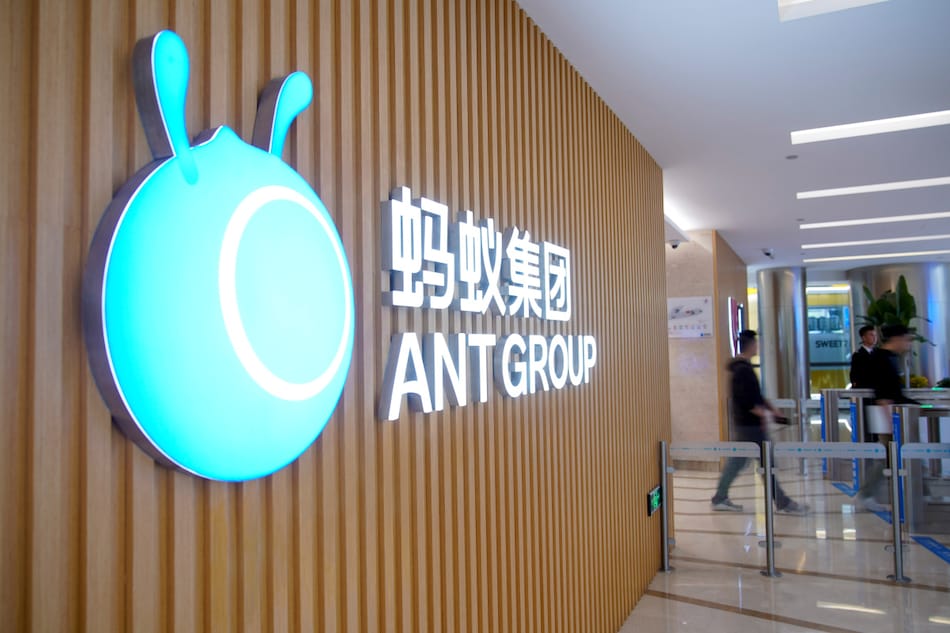 The Shanghai stock exchange said it had suspended the company's initial public offering (IPO) on its tech-focused STAR Market, prompting Ant to also freeze the Hong Kong leg of its dual listing scheduled for Thursday.

This followed a meeting with China's financial regulators on Monday during which Ma and his top executives were told that Ant's lucrative online lending business would face tighter scrutiny, sources told Reuters.

The Shanghai bourse described Ant's meeting with financial regulators as a "major event" which, along with a tougher regulatory environment, may cause Ant to be disqualified from listing.

In China, analysts interpreted the move as a slap down for Ma, who had wanted Ant to be treated as technology company rather than a highly regulated financial institution.

"The Communist Party has shown the tycoons who's boss. Jack Ma might be the richest man in the world but that doesn't mean a thing. This has gone from the deal of the century to the shock of the century," Francis Lun, CEO of GEO Securities, said.

To revive its listing, Ant is trying to establish if it needs to disclose more information to the Shanghai exchange about its relationship with regulators, or if the bourse expects it to resolve all its issues with the regulators, which would take much longer, a person with knowledge of the matter said.

At an event last month attended by Chinese regulators, Ma said the financial and regulatory system stifled innovation and must be reformed to fuel growth. He also compared the Basel Committee of global banking regulators to "an old man's club".

Ant believes the public criticism put Ma in the crosshairs of regulators, the person said.

The suspension reverberated across markets. Alibaba Group Holding, which owns about a third of Ant, fell 9 percent in early US trading, wiping nearly $76 billion (roughly Rs. 5,69,122 crores) off its value, more than double the amount Ant was planning to raise.

"This is a curve ball that has been thrown at us ... I don't know what to say," said one banker working on the IPO.

With its unique business model and the absence of rivals in China or elsewhere, analysts say Ant has mainly thrived as a technology platform away from the banking sector's regulations, despite its array of financial products.

But Beijing has become uncomfortable with banks increasingly using micro-lenders or third-party technology platforms such as Ant for underwriting loans amid fears of rising defaults and a deterioration in asset quality in a pandemic-hit economy.

Reuters reported last month that regulators had scrutinised banks that used Ant's technology platform excessively for underwriting consumer loans as part of a drive to curb risks in the country's financial sector.

The tougher regulatory focus on Ant's cash cow and rapidly growing consumer lending business had emerged as a key concern for investors in the IPO, despite the company's attractiveness as a financial technology player.

Ant originates demand from retail consumers and small businesses and passes that on to about 100 banks for underwriting, earning fees from the lenders with minimal risk to its own balance sheet.

Ant's consumer lending balance was CNY 1.7 trillion (roughly Rs. 18,93,364 crores) at the end of June, or 21 percent of all short-term consumer loans issued by Chinese deposit-taking financial institutions. Only 2 percent of the loans it had facilitated were on its balance sheet, its IPO prospectus showed.

"It's the right move to regulate what's essentially a financial institution as their peers. And it's wrong not to do that in the past, and the mistake is being corrected. It will have a negative impact on pricing," said Zhong Daqi, founding partner of Guangzhou Zeyuan Investment.

Under draft rules published on Monday by China's central bank and banking regulator, small online lenders must provide at least 30 percent of any loan they fund jointly with banks.

A banker in Hong Kong close to other Chinese fintechs said those firms thought the new rules were tailor-made for Ant. The banker said Ant may have to split its businesses and make payments, micro-lending and wealth management separate units.

Sorry for the inconvenience

Ant was set to go public in Hong Kong and Shanghai on Thursday after raising about $37 billion (roughly Rs. 2,77,000 crores), including the so-called greenshoe option of the domestic leg, in a record IPO that had attracted leading global investment firms.

It was also a sensational draw for mom-and-pop investors in China and Hong Kong who bid a record $3 trillion (roughly Rs. 2,24,61,000 crores), equivalent to the annual economic output of Britain, while for the Hong Kong leg retail investors borrowed heavily from banks to buy shares.

An official at a Chinese state-backed investment firm, which is also an existing investor in Ant, wondered whether it would be "politically correct" to make fresh investments in the company given its regulatory run-in.

Starting as a payments processor in 2004, Ant quickly built an empire by offering users short-term loans credited within minutes, as well as selling insurance and investment products.

China's state-backed Economic Daily newspaper said in a commentary that the IPO suspension showed regulators' determination to protect the interests of investors and the most pressing matter was for Ant to carry out "rectifications".

"Ant may be just falling victim to their own size and success," said Alex Sirakov, senior associate at advisory firm Kapronasia.

Ant apologised to investors for any inconvenience, adding it would give further details on the suspension of its Hong Kong listing and applications for refunds as soon as possible.

"We will properly handle the follow-up matters in accordance with applicable regulations of the two stock exchanges."

Alibaba said it would support Ant to adapt and embrace the evolving regulatory framework.

CICC and China Securities, co-sponsors for Ant's STAR IPO, did not immediately respond to requests for comment.

US banks JPMorgan and Citigroup declined to comment, while Morgan Stanley did not immediately respond to a request for comment. The three Western banks are co-sponsors of Ant's Hong Kong IPO along with CICC.