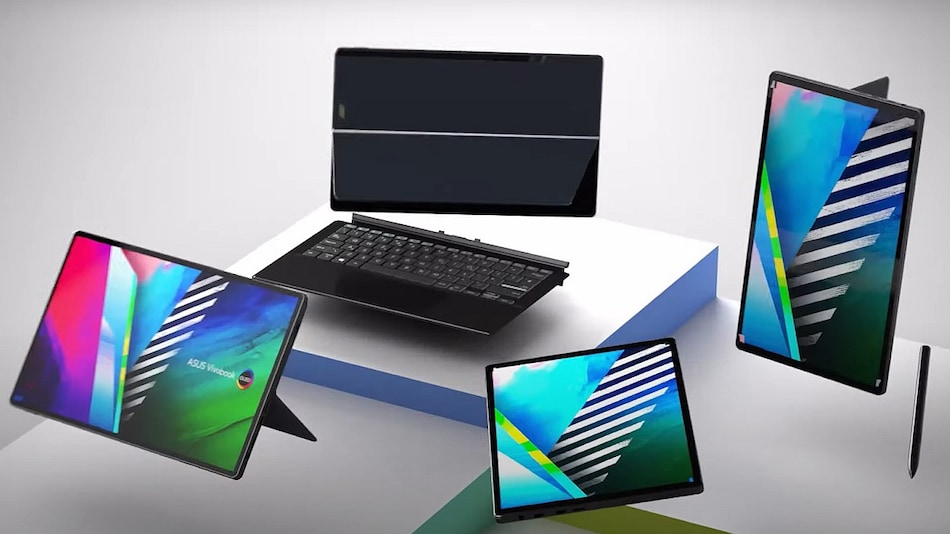 The Asus Vivobook Slate 13 comes with a magnetically detachable keyboard

Asus Vivobook 13 Slate OLED was launched in India on Thursday. The convertible 2-in-1 laptop features a 13.3-inch OLED touchsreen display and runs on Windows 11. It is powered by quad core Intel Pentium Silver N6000 processors and offers up to 8GB of RAM and 256GB of storage. The new Asus Vivobook 13 Slate OLED packs a 50Whr battery and the company says the laptop offers up to nine hours of battery life on a single charge. It features a magnetically detachable keyboard and comes with support for the new Asus Pen 2.0 stylus, according to the company.

Meanwhile, the high-end Asus Vivobook 13 Slate OLED model with 8GB RAM and 256GB of SSD storage will also come with a laptop sleeve and stand, along with a stylus and holder, priced at Rs. 62,990.

The newly launched Asus Vivobook 13 Slate OLED sports a 13.3-inch full-HD (1,920x1,080 pixels) OLED touchscreen display with up to 500 nits of peak brightness and Dolby Vision support, that can be magnetically detached. The display comes with HDR support, and has a 1,000,000:1 contrast ratio with a 0.2ms response time, and supports 1.07 billion colours. The laptop is powered by an Intel Pentium Silver N6000 processor, paired with up to 8GB of LPDDR4X RAM. The laptop comes with Dolby Atmos support.