Samsung Galaxy Book 2, 5 Other Windows 11 Laptops Set to Launch in India on March 17

Samsung Galaxy Book models will be priced starting under Rs. 40,000. 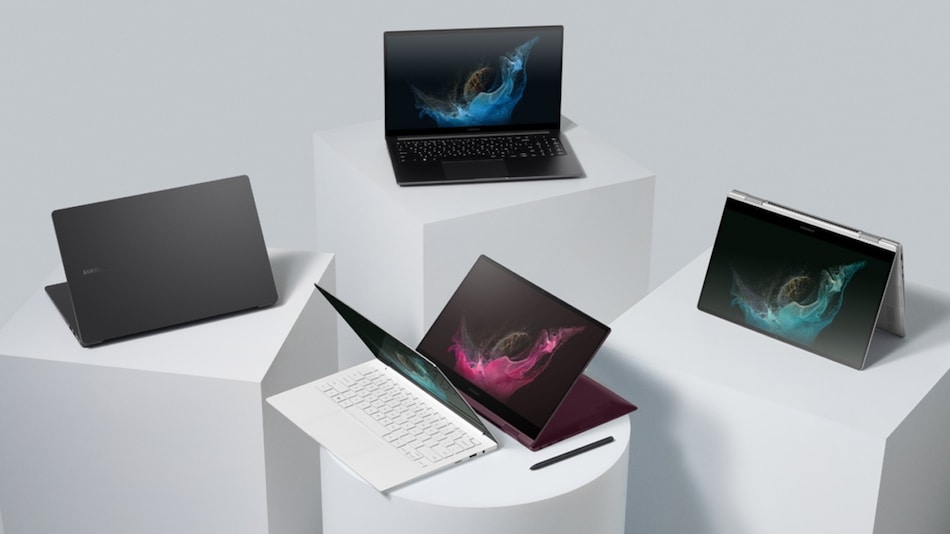 The new Samsung Galaxy Book laptops will be priced starting under Rs. 40,000 in the country, Sandeep Poswal, General Manager and Head of New Computing Business at Samsung India, told Gadgets 360. The executive also said that the company would bring bank cashback offers and bundled gifts for customers pre-booking the new models. The launch date for the new laptops is set for March 17.

Poswal confirmed to Gadgets 360 that all the new models will run on Windows 11 out-of-the-box.

Samsung last brought its Windows laptops to India in 2013–14. The company has since then shifted its focus and not yet introduced any of its new laptop models in the country.

Poswal said that the company decided to bring its new Galaxy Book laptops to the country as a result of consumer feedback.

“We are entering the market in a big way to disrupt the way consumers are using [laptops], and hence our tagline is ‘the new way to PC,'” he said.

The COVID-19 pandemic that pushed people to work and study from their homes resulted in peaking the demand for laptops. That growth is also one of the reasons that have convinced Samsung to expand its laptops business to India.

On why Samsung is entering the market with six different models instead of beginning with a couple of options, Poswal told Gadgets 360 that the plan was to cater to different consumer segments. He also noted that in addition to supporting end consumers with its new models, Samsung wanted to address the requirements of enterprise customers with the Galaxy Book 2 Business.

The South Korean company seems to have plans to take on the likes of Realme and Xiaomi by introducing the Galaxy Book Go.

Poswal said that the Galaxy Book Go would primarily be targeted at young consumers including students who were looking for an on-the-go device but at a very attractive price point.

Exact pricing details of the new models will be revealed at the launch. However, Poswal confirmed that the Galaxy Book Go will be available in the Wi-Fi only variant. It debuted globally in LTE and 5G options as well.

Samsung is planning to sell its Galaxy Book models across a wide range of sales channels, including both online and offline.

“Ours will be one of the biggest service networks available at consumers' service — be it physical stores where consumers can walk in, be it where consumers can call a visit at their house, we will be covering complete India. Along with that, 24x7 helpline for the consumers,” Poswal said.

He added that the devices will also have a hotkey from which customers can get remote assistance.

The arrival of the new Galaxy Book laptops would help Samsung determine the Indian PC market and decide whether it could expand the lineup by adding new models over time.

Navkendar Singh, Research Director at IDC India, believes that Samsung could appeal to a new set of consumers with its new laptops and market seamless integration of tasks and experience within its Galaxy devices ecosystem (similar to Apple kind of play).

“Of course, the entry in 2020 or 21 would have been a lot better for the market, consumer, and Samsung,” he said. “But it is not too late in 2022 as well. It should be ready to get stiff competition from new age consumer brands like Realme and Xiaomi which have entered the PC market lately.”

Singh, though, stressed that component supplies would remain a challenge for 2022.

According to a recent report by IDC, the PC market, which is largely driven by laptops, saw a record 14.8 million shipments in 2021. That shipment number helped the market grow 44.5 percent year-on-year.

Traditional players including HP, Dell, and Lenovo are maintaining their leadership in the market — followed by Acer and Asus. But nonetheless, brands including Realme and Xiaomi are also attracting young consumers to some extent.