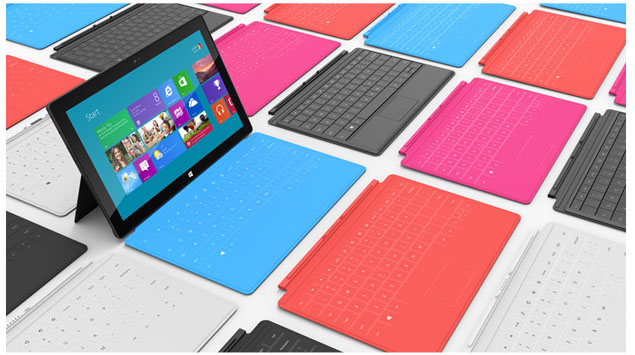 Microsoft had launched its Windows 8 and Windows RT with a big bang in October 2012. However, the consumer response to these two offerings seems to be very lukewarm.

At the CES 2013, Microsoft had announced that the company has managed to sell 60 million Windows 8 licenses. This figure includes upgrades from older version and sales to its manufacturing partners and even stated that in terms of sales, Microsoft Windows 8 was on similar track as its predecessor. Windows 7 has been touted as the fastest-selling operating system as it sold more than 60 million licenses within the first 74 days.

However, the word on the street is that Windows 8 seemed to have lost its plot now. In a recent investor conference, Asus's CEO had divulged that "overall acceptance" of Windows 8 in the fourth quarter was not been up to the mark. Furthermore, Asus shared that it has shipped 3 million tablets during the fourth quarter of 2012, but only 5 percent of these tablets were Windows devices, with the rest were Android.

There are also news reports that Samsung has stopped selling its Windows RT Ativ Tab in Germany and it is expected that some additional European countries are likely to follow suit. It is noteworthy, that Samsung had refrained from launching this tablet in US too had cited lack of consumer interest as one of the main reasons to not offer this product.

Apparently Microsoft too is aware about the overall scenario and is looking to make some amends. As per news report in The Wall Street Journal Microsoft has trimmed down the cost of its Windows 8 and Office 2013 to boost sales. The website adds that these discounts are being offered since February and under it, a combo of Windows 8 and Office is being sold for just $30, while the regular price was $120. This discount is only for devices that are 10.8-inches or smaller.

The devices larger that 10.8-inches too are entitled to discount on Windows 8, but there are no clear reports on what is the exactly how much is the discount.

When quizzed by WSJ, A Microsoft spokesman did not acknowledge or deny the discount and merely added that "Microsoft will continue to work with partners to ensure that Windows is available across a diverse range of devices."