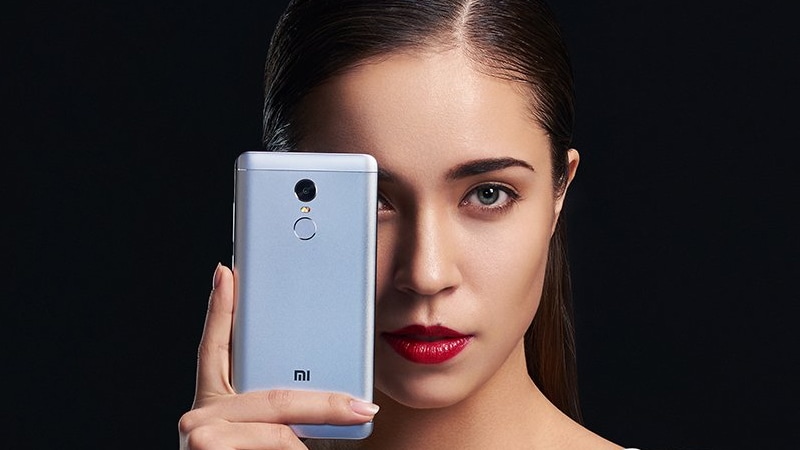 It’s 2017, and a fresh start to the new year may call the need for a new mobile phone purchase. The price segment of Rs. 10,000 to Rs. 15,000 has been the hottest place in town, as most mobile manufacturers aim to be at the top of this segment. There are many, many phones available in this price segment and the competition has been getting stiffer.

To make this list, we have only chosen phones that have received an overall Gadgets 360 rating of 8 or more in our reviews, as well as good scores across individual categories such as performance, display, camera, and battery. Apart from that, we’ve only chosen phones released within the last 12 months to keep things relatively fresh.

This is because even if there may be some older smartphones that are decent, it would be safer to assume the newer mobiles have a better chance of getting continued support (software and hardware replacements) from the manufacturer. This list of best smartphones under Rs. 15,000 is sorted by our preference of the best pick among the lot as of date, followed by the next option, so on and so forth. But you should find a satisfactory option no matter which mobile you choose. Here are the best mobiles under Rs. 15,000:

1) Xiaomi Redmi Note 4
Xiaomi had quite a hit on its hands last year with the Redmi Note 3. It was a phone that got almost everything right, that too at quite a bargain. To top it this year was going to be quite the challenge. The Chinese company hasn’t changed the winning formula too much with the incrementally-updated Redmi Note 4. It has the same metal build, and uses the 14 nanometer Qualcomm Snapdragon 625 chip, which has lower benchmark scores to the Snapdragon 650 on the Redmi Note 3, but a comparable real-world performance, as we pointed out in our review.

Battery life was stellar as well, as the Redmi Note 4 ran continuously for 15 hours and 10 minutes in our video loop test. The cameras performed decently as well. Finally, the phone also retains the IR blaster from its predecessor, so you can continue controlling your appliances using the phone and accompanying Mi Remote app. The only real gripe with the phone was too many bundled preloaded apps, and lack of fast charging support. Nonetheless, with the 4GB RAM/ 64GB storage variant costing Rs. 12,999, the Redmi Note 4 earns our pick as one of the best phones for under Rs. 15,000 - provided you can manage to buy one.

2) Lenovo Z2 Plus
Lenovo is the other brand that has been releasing showstopper handsets in this budget. The Lenovo Z2 Plus was originally on our best phones under Rs. 20,000 list. Interestingly, the phone got a price cut recently, and now qualifies as the second best option as the best smartphone under Rs. 15,000. The only phone with the high-end Snapdragon 820 chip in this list, the Z2 Plus is also reasonably-sized thanks to its 5-inch screen. The fingerprint sensor below the screen also doubles up as a touchpad of sorts, with gestures to juggle between multiple apps, pull down the notification drawer, and so on. Lenovo's ZUI user interface also has a stock-Android-like feel. Lastly, the large 3500mAh battery it managed to pack into this phone keeps it running for an entire day, as is evidenced by our review.

3) Moto G4 Plus
Motorola got its winning formula in the Rs. 10,000 to Rs. 15,000 price segment early on, with the Moto G series of affordable smartphones. In its fourth iteration, the Moto G4 Plus is the only one at the time of writing to get the Android Nougat update. Besides running the newest version of Android, the Moto G4 Plus is a reasonable performer in all departments - UI speed, camera, battery life, and so on. You can read more about it in our review.

The fingerprint sensor on the front is also pretty fast, and the 32GB storage quite reasonable. The bundled 25W TurboPower charger also tops up the phone with juice pretty fast. All these reasons make it our third choice for the best phone under Rs. 15,000 today. The only catch is that its successor, the Moto G5, is said to be on its way - though when it'll be available, and at what price, is something that's not known yet.

4) Lenovo K6 Power
Our fourth choice is the Lenovo K6 Power which is the cheapest option from this list. Bearing dual speaker grilles, this phone touts Dolby Atmos support and the audio quality was also pretty good, as we discovered in our review. This easy-to-hold 5-inch phone comes with a huge 4000mAh battery. With it, you’ll be able to get a solid uptime of over a day with regular use. A solid pick in our list of best smartphones under Rs. 15,000.

5) Coolpad Max
This Coolpad phone is another phone that made the list of best phones under Rs. 15,000 because of a price drop. The Coolpad Max has a premium-looking metal body with curves around the edges of the screen. It has the same Snapdragon 617 chip as the Moto G4 Plus above, but is paired with 4GB RAM and 64GB of onboard storage. The Android customisation dubbed ‘Cool UI’ comes with features such as a private area, where your contents can be safely revealed with fingerprint authentication. In our review one drawback we experienced was the phone’s tendency to get warm. Also, this phone has been around since April 2016, making it one of the older handsets in this list. Photo quality from the cameras is good and although the battery size isn’t as massive as the others in the list, fast charging support is the saving grace.

6) LeEco Le 2
Le Eco is known for making value for money phones, and the LeEco Le 2 is no exception. It has good build quality and looks, a capable Snapdragon 652 chip, 3GB RAM, 32GB storage, and more. Like Xiaomi phones, there’s an IR blaster on this one as well. The purchase includes access to premium audio visual content for a year. Lastly, the battery also belts out a reasonable run-time. The two major gripes with this phone is the lack of a 3.5mm headphone jack, and the software customisations didn’t appeal to us too much. Although this is the last recommendation, it doesn’t mean it’s a bad phone, just that the ones above fared a little better in the reviews.

Bonus picks
Apart from these six phones, there were a few others that could be considered as well. First off, there's the Xiaomi Mi Max which has excellent ratings - however, it's been out of stock for a while, and there's no indication of whether it's coming back or not. If you can get your hands on one, and don't mind a phone that has a giant-sized 6.44-inch display, then it's a pretty good pick.

A couple of other phones that we liked, but which didn't make the cut because of their overall review score, are the InFocus Epic 1, which has excellent performance, and the Asus ZenFone Max (2016), which has amazing battery life. Unfortunately, dated and intrusive UI choices keep both of the phones from making the cut in our ratings. There are a few other phones like the the Samsung Galaxy On8, Galaxy J7(2016), and ZTE Nubia Z11 Mini that look good on paper but haven’t been through our review process yet, so we can't say for certain how they measure up in the real world.

If you don’t mind spending a little more than Rs. 15,000, the Samsung Galaxy J7 Prime is also another phone that scored well in all departments in our review. Of course as new phones keep launching, we’ll keep updating you with newer, better choices that 2017 may present us. Which is your favourite pick from among these?