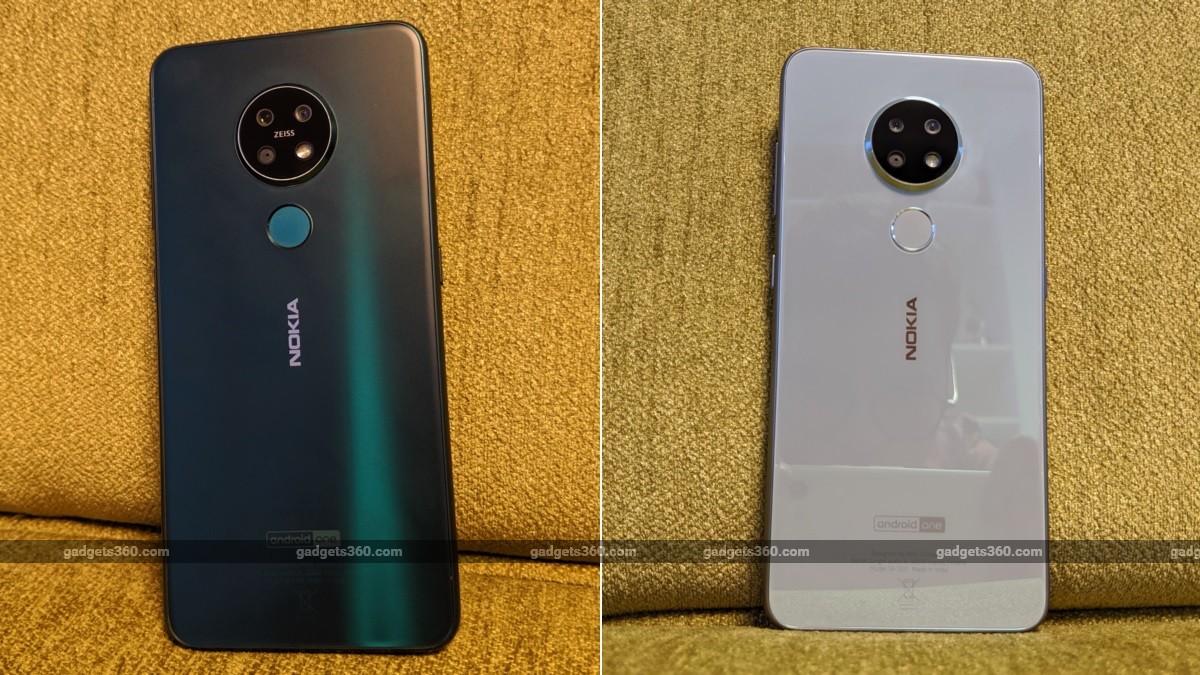 Nokia 7.2 and Nokia 6.2 pack an identical 6.3-inch display with a waterdrop notch.

HMD Global launched the Nokia 6.2 and Nokia 7.2 at IFA 2019, bringing a host of upgrades in the camera department and other key hardware compared to their predecessors. Both the phones feature triple rear cameras housed in a large circular module, and a display with waterdrop-style notch. But how do the two new Nokia smartphone stack up against each other? Read on to find out the differences in our article comparing the Nokia 6.2 and Nokia 7.2's price, key specifications, display, cameras, processors, battery, and more.

Both dual-SIM (Nano) Nokia 7.2 and dual-SIM (Nano) Nokia 6.2 pack a 6.3-inch full-HD+ display with HDR10 support and a waterdrop notch at the top. The display is protected by a layer of Corning Gorilla Glass 3 and its peak brightness output is claimed to be 500nits. The Nokia 7.2 is powered by the octa-core Snapdragon 660 SoC, paired with up to 6GB of RAM. The phone will be available in two variants – a base 4GB RAM + 64GB storage model and a higher-end 6GB RAM + 64GB storage. There is one more variant with 128GB storage in the pipeline, but the company has not detailed it yet.

The Nokia 6.2, on the other hand, is powered by the Qualcomm Snapdragon 636 processor, ticking alongside up to 4GB of RAM. HMD Global has announced the 3GB RAM + 32GB storage and 4GB RAM + 64GB storage variants of the phone so far, but another variant with 128GB of internal storage might be unveiled later. Both the phones support storage expansion via a microSD card (up to 512GB).

In the imaging department, the Nokia 7.2 packs a triple rear camera setup, headlined by a 48-megapixel primary shooter with an f/1.79 aperture that relies on 4-in-1 pixel binning to take brighter photos. It is assisted by a 5-megapixel depth sensor and an 8-megapixel wide-angle sensor with an f/2.2 lens. On the front is a 20-megapixel selfie camera with an f/2.0 aperture.

A 3,500mAh battery provides the juice to keep the Nokia 7.2 running and can be charged via a 5V/2A adapter. The Nokia 6.2 also comes equipped with a 3,500mAh battery with the same charging capacity. Neither of the two phones supports a fast-charging standard. Also, both Nokia smartphones run on stock Android 9 Pie and are a part of the Android One programme. connectivity suite of both the phones comprises of Wi-Fi 802.11ac, Bluetooth 5.0, USB Type-C port, GPS, and 4G LTE