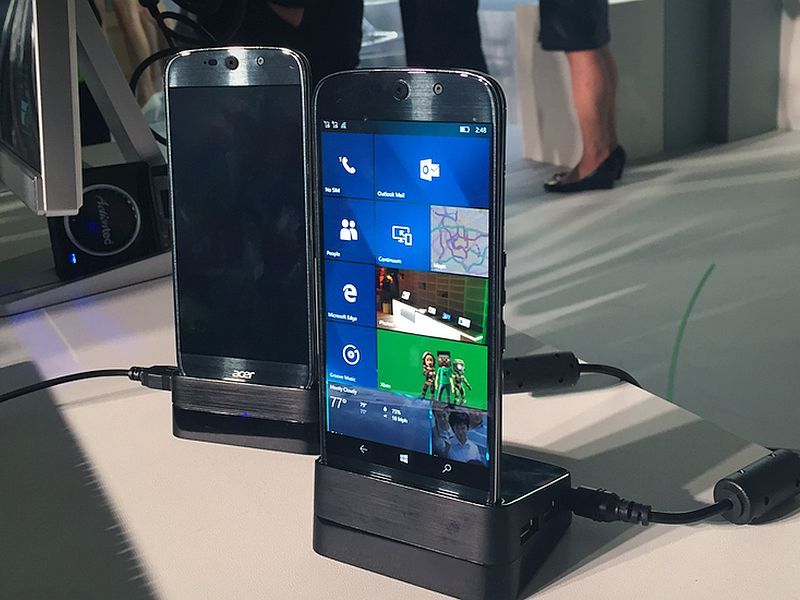 Acer at this year's IFA had unveiled new Windows 10 Mobile-based phones, the Liquid M320 and Liquid M330. The company at the event had also showcased a 'PC phone' named Liquid Jade Primo, and had promised to share more details at the handset's release.

The Taiwanese manufacturer has finally revealed the Acer Liquid Jade Primo in Philippines and has priced it at PHP 18,990 (approximately Rs. 26,500). The smartphone will go on sale only in December. Unfortunately, there is no word on when the handset will go on sale in India.

Unveiled in partnership with Microsoft, the Liquid Jade Primo was touted as the "pocket PC" and "PC phone" by Acer. The handset comes with Microsoft's anticipated Windows 10 Continuum feature that allows seamless transition from mobile to desktop modes. According to Acer, the new Jade Primo smartphone will be able to run universal Windows 10 apps. The Jade Primo will ship with a keyboard, mouse, and docking station which will allow users to really use it as a PC phone right from out-of-the-box.

For specifications, the Acer Liquid Jade Primo features a 5.5-inch full-HD (1080x1920 pixels) Amoled display and features curves on the edges. Powered by a 64-bit hexa-core Qualcomm Snapdragon 808 processor, the handset comes with 3GB of RAM and 32GB of inbuilt storage. It sports a 21-megapixel rear camera with a dual-LED flash and an 8-megapixel front camera. The Liquid Jade Primo Philippines launch was first reported by Semi Current.

At IFA, Acer's Liquid M330 was priced at EUR 129 and was expected to go on sale later this year. No pricing was revealed for the Liquid M320 smartphone.