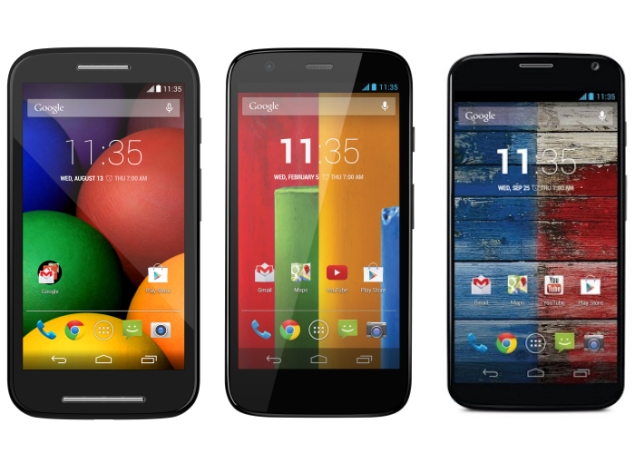 According to Motorola, the Android 4.4.4 KitKat update for the Moto E, Moto G and Moto X will include several stability, framework and security fixes as well as a new phone dialler and OpenSSL-related fixes.

Just last month, Motorola had rolled- out the Android 4.4.3 KitKat update for its Moto E, Moto G and Moto X handsets globally. Steve Horowitz, SVP, Software Engineering, Motorola had said, "We are excited to announce some icing on top of the, well, KitKat. Starting today [June 3], we are rolling out Android 4.4.3, KitKat, which was just released by Google."

Motorola had also listed the changelog for the Android 4.4.3 KitKat update for all three Moto smartphones, which included an updated phone dialler with a new graphical layout and colours for Moto E to get better consistency and usability. On the other hand, Moto G saw new pause video recording feature on the viewfinder; an updated phone dialler, much like the Moto E, and access to Motorola Alert, which is an app that sends periodic alerts with the user's location to selected contacts.