Not much information is known about Asus ROG Phone 6, ROG Phone 6 Pro. 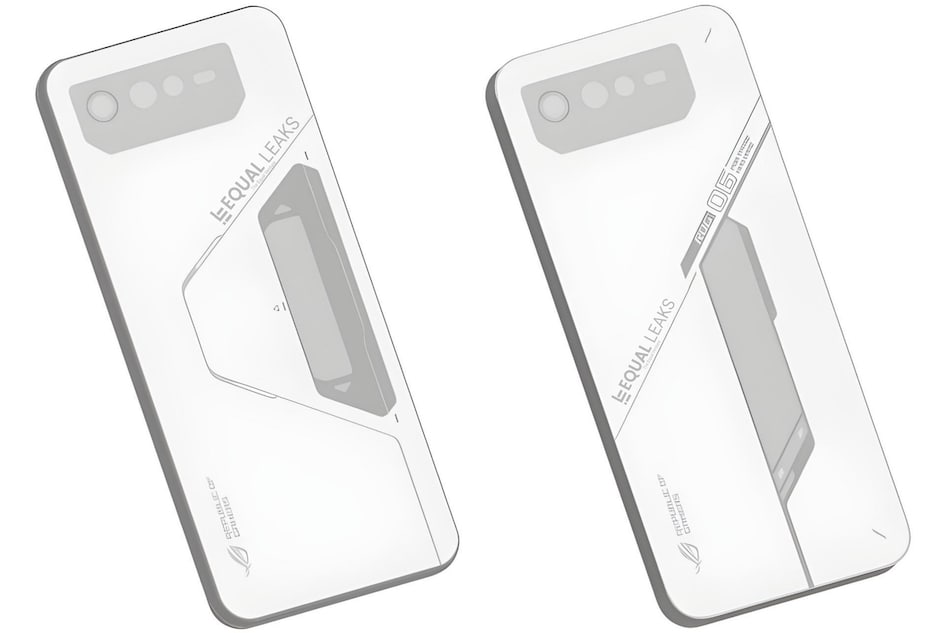 Tipster Equal Leaks (@EqualLeaks) shared 2D renders of the upcoming Asus ROG Phone 6 and ROG Phone 6 Pro. The renders show only the back half of the two Asus smartphones. The renders also show a horizontally placed triple rear camera setup housed in a rectangular camera module along with the flash.

Both Asus ROG Phone 6 and ROG Phone 6 Pro will get Republic of Gamers branding at the bottom, as per the renders. Asus has not yet provided any information regarding its upcoming gaming smartphones, so this leak should be taken with a pinch of salt. It is being speculated that the ROG smartphones may launch in the coming months, since their predecessors were launched in March 2021.

Last month, Asus ROG Phone 5 Ultimate went on sale in India for the first time. It is powered by Snapdragon 888 5G SoC paired with 18GB of RAM and 512GB of onboard storage. It sports a 6.78-inch full-HD+ Samsung AMOLED display with a 144Hz refresh rate and a PMOLED display on the back panel.