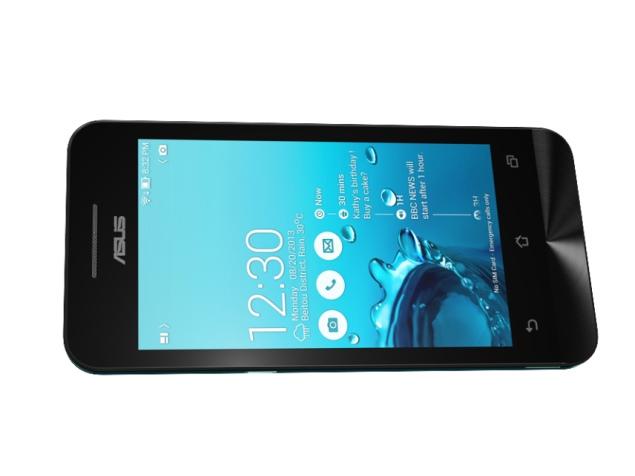 Update: Asus has posted in its ZenTalk forum that an update is rolling out for the ZenFone 5 (A501CG) and ZenFone 6 (A601CG) handsets as well, bringing them to Android 4.4.2, like the ZenFone 4 (A400CG). The company has also posted a detailed changelog.

The ZenFone 4 Android 4.4 KitKat update was announced by the company via a Twitter post on Wednesday, "The #KitKat update is here for #ASUS #ZenFone 4 :D" stated the post. The firm has not yet confirmed which countries or regions would receive the update first.

However, the ZenFone 4 users can constantly keep a check by navigating through their handset's Settings > About Phone > Software update option.

Commenting on the update, Peter Chang, Regional Head - South Asia & Country Manager - System Business Group - Asus India, said, "Our users have been eagerly awaiting the android update and we are extremely elated to announce its upgradation at this time of the year. The KitKat update and other additional interesting features will further redefine their experience with their ZenFones."

The dual-SIM (Micro-SIM card) Asus ZenFone 4 A400CG sports a 4-inch WVGA (480x800 pixel) resolution display (translating to a 233ppi pixel density). It is powered by a 1.2GHz dual-core Intel Atom Z2520 processor with Hyper-Threading Technology (implying 4 threads) and 1GB of RAM. The smartphone also features a 5-megapixel rear camera, and a 0.3-megapixel front-facing camera. The phone features 8GB of built-in storage that can be expanded via microSD card (up to 64GB). Other specifications of the Asus ZenFone 4 include 3G, Wi-Fi 802.11 b/g/n, Bluetooth 4.0, and Micro-USB connectivity options, as well as a 1600mAh battery.