Google Pixel 6a is tipped to launch during the Google I/O event in May. 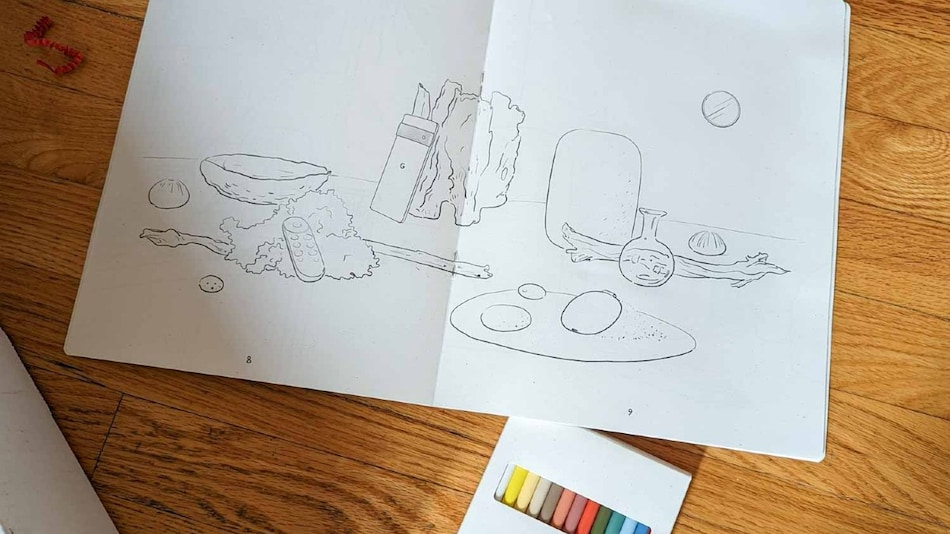 The colouring book has illustrations of the Pixel 6, several Nest devices, and the Pixel Buds

Google Pixel 6a smartphone may have been unwittingly confirmed by the brand via a gift sent to Pixel Superfans. The Pixel Superfans group was created prior to the release of the Pixel 6 and Pixel 6 Pro last year in October. It receives exclusive goodies from Google. Apart from Google Pixel 6a, the company is also reportedly working on a foldable smartphone which may be called Pixel Notepad. Google Pixel 6a is tipped to be released during the Google I/O event, which will take place later this year in May. Its launch is said to be accompanied by the release of the Google Pixel Watch.

According to DroidLife, Google treated select members of its Pixel Superfans group to a package that contained a Nest Audio and a colouring book. The book contains a number of illustrations of Google's hardware. It also features a QR code that takes people to the new colors.withgoogle.com website. The colouring book also mentions the Pixel 6a in its featured products list. The list mentions that on pages 6 and 7, Superfans would find the Nest Thermostat and the Pixel 6a. However, there is no depiction of the Pixel 6a on those pages. It appears to be an oversight on the part of Google, which has appeared to leave out the reference to this speculated smartphone from an early draft. In addition, the colouring book features the Pixel 6, several Nest devices, and the Pixel Buds.

Google Pixel 6a is rumoured to pack the Google Tensor GS101 SoC, which is the same chipset that powers the Pixel 6 and Pixel 6 Pro. This mid-range offering is expected to feature a 12.2-megapixel Sony IMX363 sensor in its dual rear camera setup. The Pixel 6a is tipped to sport a hole-punch cutout for the selfie camera in the 6.2-inch display. Additionally, this handset is tipped not to feature a 3.5 mm headphone jack.