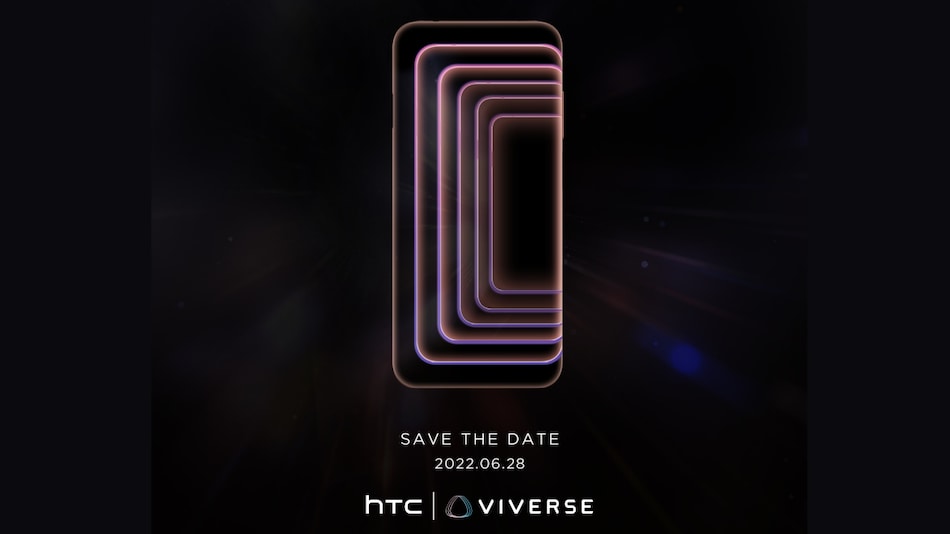 HTC is hosting an event on June 28 where it is expected to launch its 'metaverse' smartphone under the Viverse brand. The phone is speculated to be focussed on delivering augmented reality (AR) and virtual reality (VR) experiences. Earlier this year, the Taiwanese company introduced interoperable ecosystem Viverse to set the pitch for making a comeback in the smartphone market as well as to gain some attention through its immersive experience-focussed developments. HTC notably has Vive as its dedicated division to offer VR solutions. That division is handling the Viverse brand.

The official HTC account on Twitter has released a teaser image alongside announcing the June 28 launch schedule. The image indicates the launch of the smartphone and includes the Viverse branding. The tweet also carries a tagline that reads, "Log in to the Future."

At this year's MWC, an HTC executive reportedly announced the launch of the company's 'metaverse' smartphone. It was said to debut in April, though the New Taipei-based company delayed the announcement. It is said to be postponed due to the ongoing supply constraints that are impacting other manufacturers as well.

The new HTC phone is said to carry high-end specifications and would come with 5G support. However, exact specification details are yet to be revealed.

HTC at the MWC in March also showcased its new VR experiences and announced Viverse as the brand to enter the nascent market of 'metaverse' and related areas. It also launched products including VR-based Vive Browser, Vive Connect for simulated experiences, and Vivo Guardian VR tool to help parents, guardians, and teachers safeguard minors entering the immersive world.

"Viverse provides seamless experiences, reachable on any device, anywhere, and is enabled by the virtual and augmented reality, high-speed connectivity, AI, and blockchain technologies that HTC has invested in for several years," Cher Wang, Co-Founder and Chairwoman at HTC, had said while announcing the new brand.

HTC once gained popularity in the smartphone market. It, however, lost ground following the expansion of Chinese vendors.

In 2017, HTC had sold a large part of its smartphone operations to Google for $1.1 billion (roughly Rs. 8,600 crore). The transaction was completed in January 2018. The company also merged its remaining smartphone division with its VR team to streamline the business.

HTC, however, in 2018 confirmed that it was not planning to exit the smartphone market altogether. It also introduced the phone called HTC Exodus 1 to appeal to people who were advocating the blockchain technology at the time. The company expanded that development by bringing the Exodus 1s in 2019, though both of its recent phones didn't reach the masses.