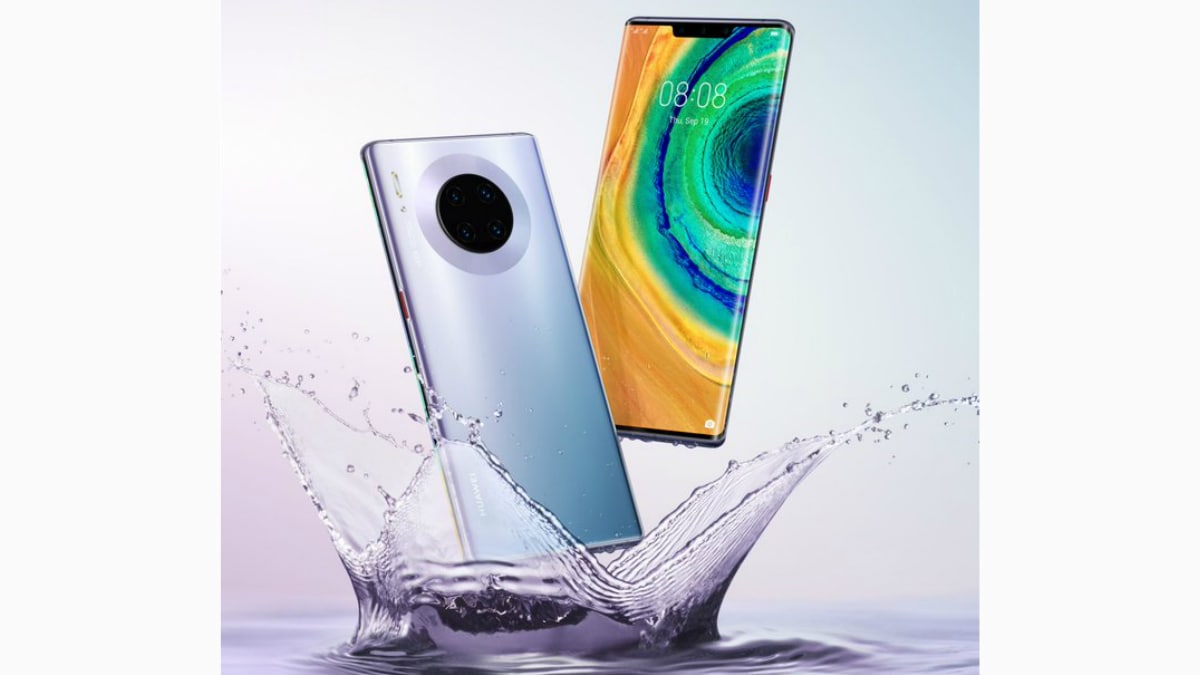 The Huawei Mate 30 series global launch event will begin at 2pm CEST (5.30pm IST) today. The company will be live streaming the event for the world to see, on YouTube. The prices of the four phones are not known yet, but the Huawei Mate 30 Pro and Huawei Mate 30 Pro Porsche Design are expected to be the most expensive of the lot. The Huawei Mate 30 Lite will be a mellower version of the vanilla option, and it should be the cheapest. You can watch event live below.

Even though the event is taking place in Munich, a recent LetsGoDigital report suggests that the phones may not be launched in Europe. Furthermore, Huawei's president of consumer software, Wang Chenglu confirmed to Australian media that the Mate 30 series would not launch with Google's apps or services preloaded. This means no Play Store, Gmail, or Google Maps will be made available. However, the phone will run on the open source Android 10 based on EMUI iterations. More details on how Huawei plans to tackle all of this should be detailed at the event.

Huawei Promises Smartest 5G Phone, but Who Will Be Brave Enough to Buy?

Renders suggest that the Huawei Mate 30 Pro will have a wide notch on top of the display, and it will integrate a 'waterfall' display design with curved edges. The quad camera setup sits in a circular ring at the back, and the phone will have an in-display fingerprint scanner as well. The Huawei Mate 30 Pro Porsche Design should have a different back panel design inspired by the racing stripes. The renders suggest Red and Black colour options, and a leather-finish texture for better grip.

Previous leaks suggest that the Mate 30 Pro will be powered by the Kirin 990 SoC. It is tipped to pack a 40-megapixel primary camera with a variable aperture of f/1.6 – f/1.4, a 1/1.5-inch sensor, an RYYB pixel layout, and Cine Lens feature. The 40-megapixel secondary camera with a 1/1.8-inch aperture and a 120-degree ultra-wide lens will also come with Cine Lens support. It will be assisted by an 8-megapixel telephoto sensor that will bring 5X zoom capabilities, while the fourth one is tipped to be a periscope lens.

Other features on the Pro variant include AirGlass protection; 90Hz refresh rate, and a new SuperSensing Camera. A recent leak also reveals that the phone will pack a 4,500mAh battery with support for the 40W fast charging and 27W SuperWireless charging support.

Huawei Mate 30 renders suggest a slightly less wide up front that is seen housing two camera sensors. The phone also doesn't have a 'waterfall' display with curved edges, but bezels are minimal on all sides. Previous leaks suggest that the Mate 30 will also be powered by the Kirin 990 SoC and a triple camera setup is expected on the vanilla option.

Lastly, the Mate 30 Lite renders are seen sporting a quad camera setup in a square-shaped module, a rear fingerprint sensor, and a hole-punch display up front. Specifications wise, the phone is listed on TENAA to run on Android Pie and will feature a 6.26-inch full-HD+ (1080x2340 pixels) IPS screen, a 2.2GHz octa-core SoC, up to 8GB RAM, up to 256GB storage with microSD card slot for expansion (up to 256GB), 3,900mAh battery with fast charging support, and 4G LTE support. The quad rear camera setup is listed to be equipped with 48-megapixel, 8-megapixel, 2-megapixel, and 2-megapixel image sensors. It should also come with a 32-megapixel selfie shooter. The Huawei Mate 30 Lite will measure 156.1x73.9x8.3mm and weigh 178 grams. In terms of the colour options, Magic Night Black and Aurora are expected.