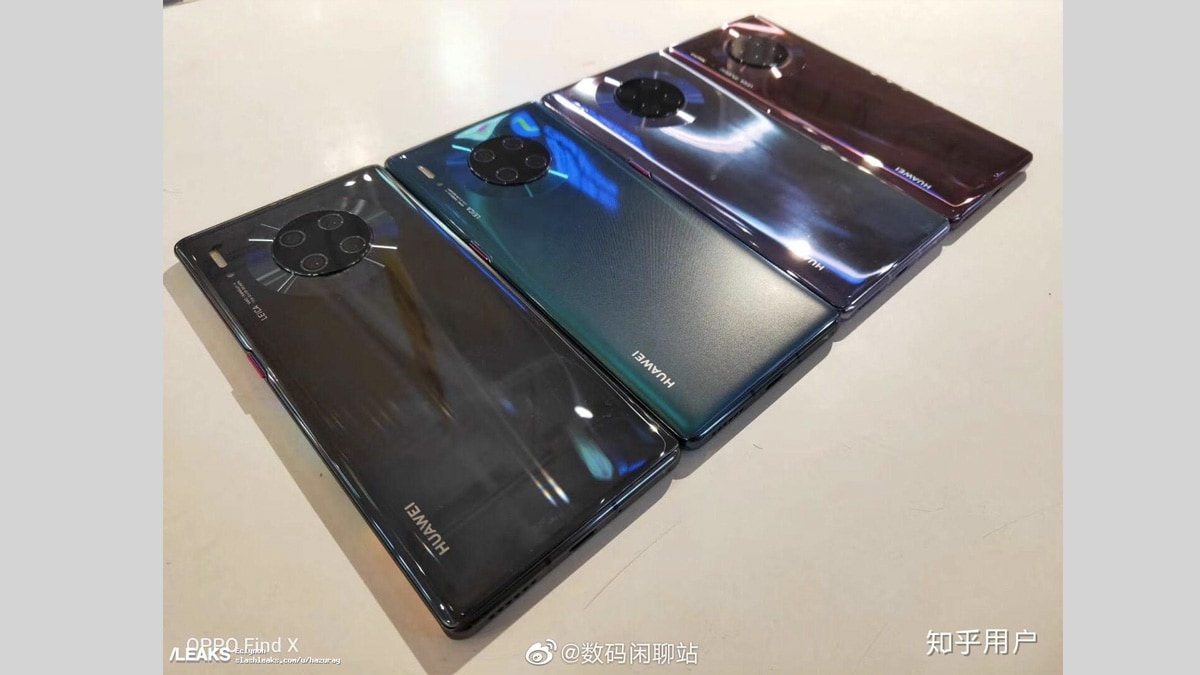 Chinese smartphone maker Huawei is expected to launch a new smartphones in its flagship Mate series late this week - the Huawei Mate 30 and Huawei Mate 30 Pro. The upcoming smartphones from the Mate series have leaked multiple times in the past and we have a fair idea of how the smartphones will turn out to be. Huawei has shared a new teaser that tips side controls on the Huawei Mate 30 series' waterfall display. We have already seen renders of the upcoming devices, but now, live images of the devices have leaked out ahead of the official launch. Some recent leaks also hint at the battery capacity of the upcoming smartphone along with its fast-charging capabilities.

Huawei has shared a video teaser on Weibo with two players playing a game of table tennis on the side edge of the table. This is probably a hint at the side controls on the Huawei Mate 30 Pro on its 'waterfall' curved display design.

Another leak by Slashleaks also tips the four colour variants on the Huawei Mate 30 series. These colour options were tipped by Evan Blass earlier today. The renders leaked by Blass suggest the Space Silver, Cosmic Purple, Black and Emerald Green colour options and will be available on both the Mate 30 and Mate 30 Pro.

Based on previous leaks we already know that the Mate 30 Pro will be powered by a Kirin 990 chipset and 8GB of RAM. It is also revealed that the smartphone will be running the Android 10. The smartphone has been tipped to sport a triple camera setup consisting of two 40-megapixel sensors and an 8-megapixel telephoto sensor. Recent leaks published by XDA Developers suggest that that the phone will be capable of 7680fps video recording. This leak also reveals that the phone will pack a 4,500mAh battery with support for the 40W fast charging and 27W SuperWireless charging support.

The Huawei Mate 30 series is expected to launch in the next two days, i.e., September 19. Stay tuned to Gadgets 360 for price and other details.