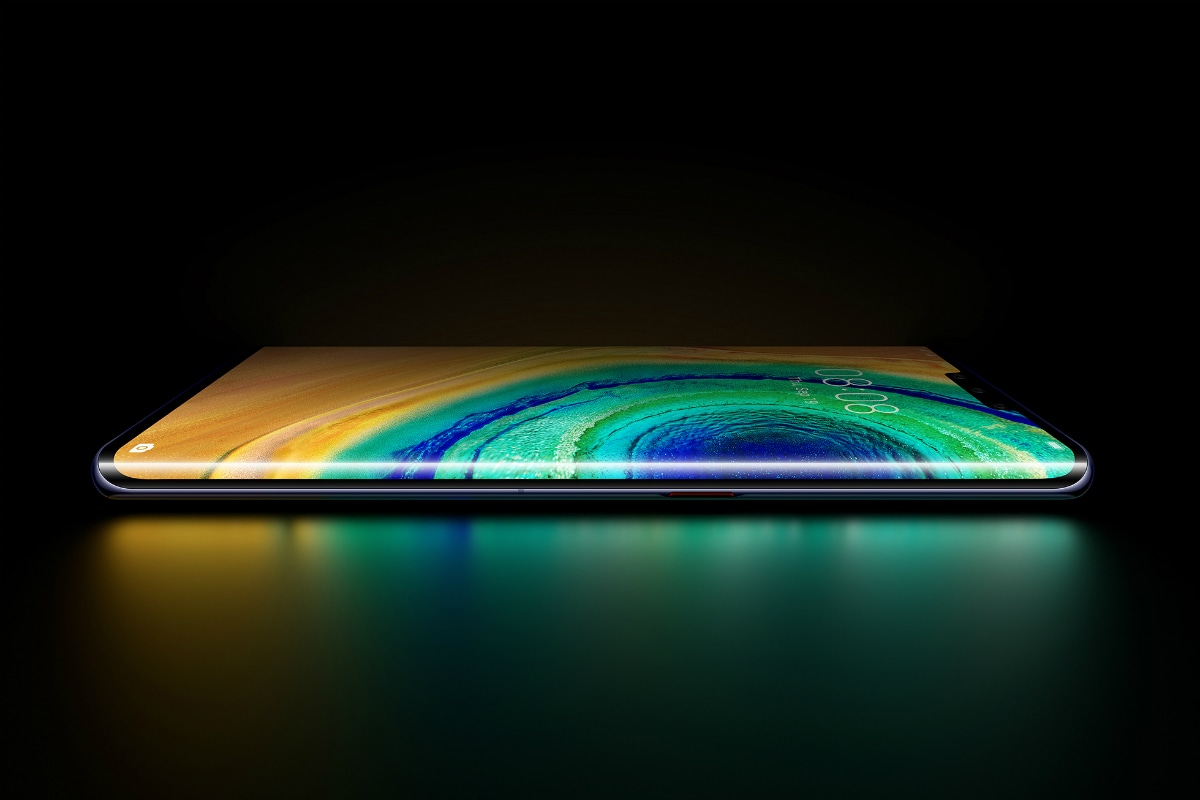 Huawei Mate 30 and Mate 30 Pro have been launched at an event in Munich, Germany. The new Huawei phones come in both 4G and 5G variants and sport a circular rear camera setup that is based on the company's 'Halo Ring Design' -- along with Leica optics. The Huawei Mate 30 series is touted to be built upon the aesthetic of the Mate 20 models that debuted last year. Particularly the Huawei Mate 30 Pro sports a Horizon Display that comes with an 88-degree curved design. There is also HiSilicon Kirin 990 5G SoC that will support next-generation cellular networks. Alongside the Mate 30 and Mate 30 Pro, Huawei at its launch event unveiled the Watch GT 2 that is powered by a self-developed Kirin AI SoC and comes with 15 dedicated sports modes. The company also introduced the FreeBuds 3 true wireless Bluetooth headphones.

Huawei has provided EMUI 10 on both Mate 30 and Mate 30 Pro. It is likely to be based on an open source version of Android, and its China site says it's based on Android 10. At the launch, Huawei confirmed the Mate 30 series will ship without the Google Mobile Services core. It is instead using its own Huawei Mobile Services core, which features the Huawei AppGallery store. Considering the adverse impact of the recent Google ban, the company did mention at the event that its in-house Huawei AppGallery receives over 390 million monthly active users and garners 180 billion downloads a year. The app store is also touted to be available in over 170 countries/ regions worldwide. Moreover, the custom EMUI version includes basic apps such as Huawei Browser, Cloud, Themes, and Music among others.

Huawei Consumer Business Group CEO Richard Yu during his presentation at the launch also detailed the Huawei Mobile Services ecosystem that he touted to be available as a "fully open" platform with already a base of over a million global developers and 885 application program interfaces.

EMUI 10 comes with a dedicated Dark Mode and includes an Always-On Display (AOD) feature that changes the colour of the lock screen throughout the day. Further, the handsets have a Dark Mode. The Huawei Mate 30 Pro also comes with an Intuitive Side-Touch Interaction feature that lets users adjust the volume or access gaming or the camera setup using invisible virtual keys from the side of the display panel. This sounds similar to the squeeze gestures available on HTC's Edge Sense interface.

Huawei has provided a multi-screen collaboration on the Mate 30 and Mate 30 Pro to transfer data and control multiple screens between two or more devices. The handsets also come with a HiCar feature to provide seamless connectivity with a car's communication and entertainment system.

The Mate 30 is powered by an octa-core HiSilicon Kirin 990 SoC, coupled with Huawei's Da Vinci NPU and 16-core GPU. There is also up to 8GB of RAM.

In terms of optics, the Huawei Mate 30 has a SuperSensing triple rear camera setup that comprises a 40-megapixel primary sensor with an f/1.8 lens, 16-megapixel secondary sensor with an ultra-wide angle f/2.2 lens, and an 8-megapixel tertiary sensor with an f/2.4 telephoto lens. There is also an ISP 5.0 Image Signal Processor (ISP). Further, the handset has OIS and AIS for image stabilisation, laser focus, and a zooming range of 45x.

The Huawei Mate 30 comes with 128GB of onboard storage. The smartphone packs a 4,200mAh battery.

The dual-SIM (Nano) Huawei Mate 30 Pro sports a 6.53-inch full-HD+ (1176x2400 pixels) Flex OLED Horizon Display with 18.4:9 aspect ratio. The display panel supports DCI-P3 HDR colour gamut and has the same anti-blue light technology that's available on the Mate 30. The Huawei Mate 30 Pro is also claimed to carry the "most sophisticated notch" with an array of sensors, including a 3D depth camera, ambient light and proximity sensor, selfie camera, and a dedicated gesture sensor. The last sensor on board enables AI gesture controls on the smartphone -- similar to what has been rumoured to arrive on the Pixel 4 models.

Similar to the P30 Pro, the Huawei Mate 30 Pro houses an Acoustic Display technology that brings an earpiece-less design. There is also an in-display fingerprint sensor. Furthermore, the smartphone has 3D Face Unlock.

Under the hood, the phone has the octa-core HiSilicon Kirin 990 SoC, paired with the Da Vinci NPU and 16-core GPU as well as up to 8GB GB RAM.

Both the Huawei Mate 30 and Mate 30 Pro come with upgraded reverse wireless charging technology to charge compatible devices while on-the-move.