Infinix S5 Lite With Hole-Punch Display to Launch in India Today: Price, Specifications, What We Know So Far 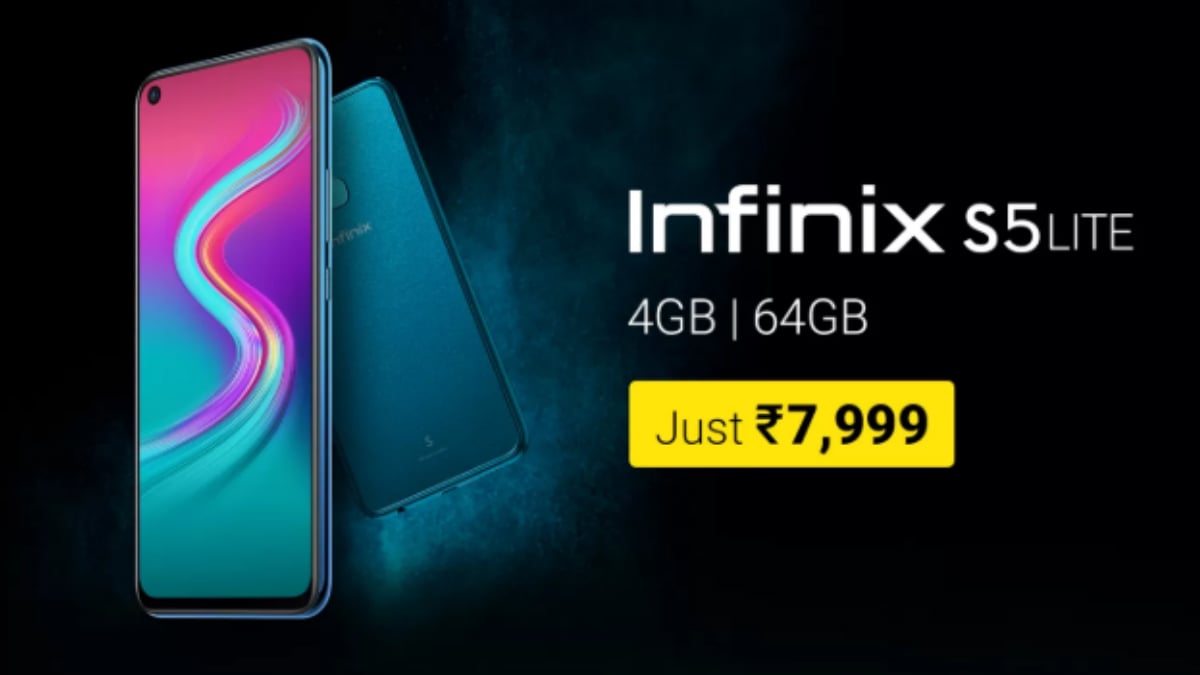 Infinix S5 Lite - the latest phone from the Transsion Holdings brand - will launch in India today. The smartphone has been teased for a while on Flipkart, where the phone's design, specifications, and price were tipped. The teaser on Flipkart suggests that the phone will come in two colour finishes, and its price wil be set at Rs. 7,999. The company has already launched the Infinix S5, and the Infinix S5 Lite is expected to be a slightly mellow version of the vanilla variant. Full specifications and other availability details should be announced today.

The teaser page confirms that the Infinix S5 Lite will sport a triple rear camera setup, although earlier it seemed like there were four sensors. There is a fourth cut-out at the back that seems to be the autofocus sensor, but we will know more about that when the company details the phone today. Up front, the phone is confirmed to sport a hole-punch display, possibly one of the cheapest phones out there to offer this display format. Furthermore, a rear fingerprint scanner is also teased on the Flipkart page.

Separately, the Infinix S5 Lite is confirmed to sport a 16-megapixxel front camera sensor, situated in the selfie camera cut-out placed on the top left edge of the display. The Infinix S5 Lite will be launched in Green and Black gradient finishes at least – with the green variant back panel finish said to be inspired by the ‘starry night sky'.

As mentioned, the Infinix S5 Lite will be a stripped down version of the Infinix S5, and it should probably see downgrades in the processor, battery, RAM, or camera. This is pure speculation from our end though, and we will know all specifications, and launch offer details today. Currently, Flipkart is taking registrations of interest on the Infinix S5 Lite dedicated page.