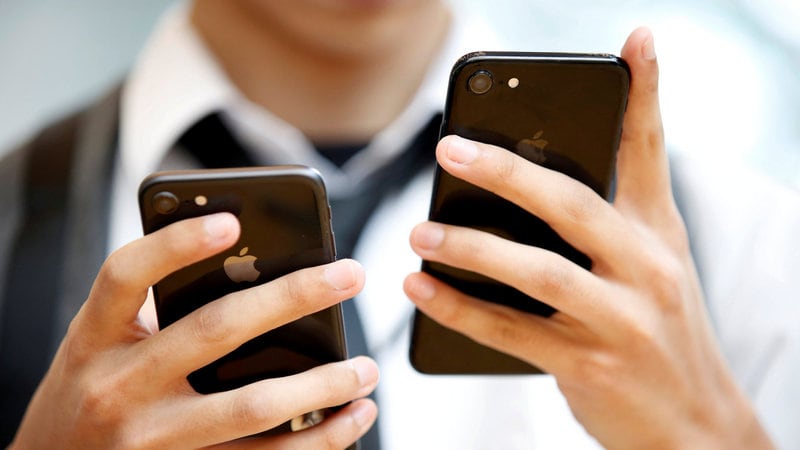 Previously, iOS 12.1.2 was reported to have a similar cellular data connectivity issue

Just hours after Apple released iOS 12.1.3, a large number of iPhone users on Sprint have reported that a cellular data connectivity issue. Multiple users on Reddit and Twitter posted that they started facing either no or very poor data connectivity following the installation of the iOS 12.1.3 update. Some AT&T users have also reported cellular connectivity problems on their iPhone models. Apple's support team on Twitter has started responding to affected users. Notably, iOS 12.1.2, the software version prior to the latest iOS 12.1.3 update, was found to bring a similar connectivity issue for some users last month.

Some of the affected users pointed out that the issue essentially affects the cellular connectivity on their iPhone models. There are also some instances that apart from users on the Sprint network, the issue impacts some AT&T users as well.

"Ever since I've updated to iOS 12.1.3, both mine and my wife's iPhone XS Max has no cellular signal (no service) at all [sic]," one of the affected users tweeted while raising the issue to the Apple Support account on Twitter.

It is, however, unclear whether Sprint's tweet is related to the bug allegedly available on iOS 12.1.3.

Meanwhile, Apple's support team on Twitter is actively responding to users regarding the cellular data connectivity issue. The team is also asking users whether they're running iOS 12.1.3.

We've reached out to Apple for a comment on the issue and will update this space accordingly.

To recall, the iOS 12.1.3 update was released for all the compatible iPhone and iPad users along with a handful of bug fixes. The update didn't include a fix for the cellular data connectivity issue impacting iOS 12.1.2 users, though.