You will be required to have watchOS 7.4 on your Apple Watch to get the new iPhone unlocking experience. 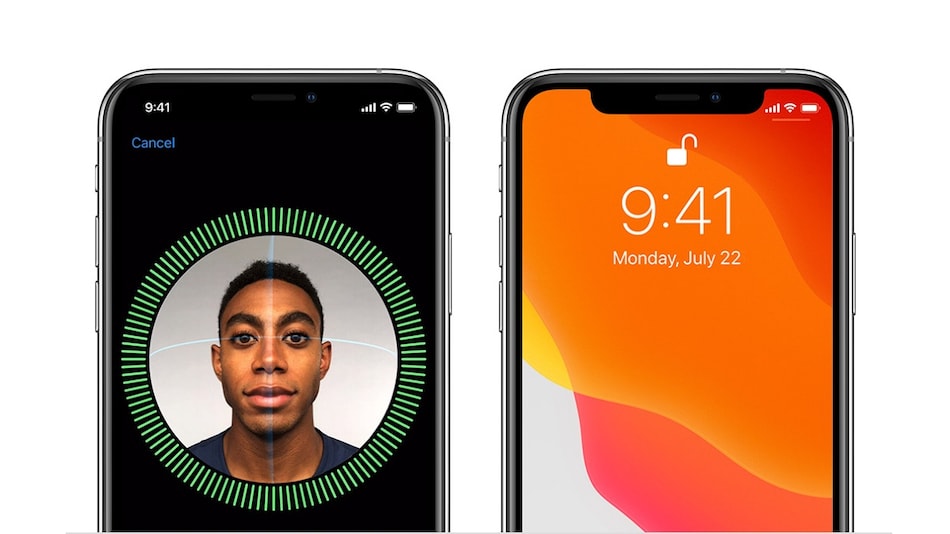 Apple is making it easier for users to unlock their iPhone handsets via Face ID while wearing a mask. The change has debuted via the iOS 14.5 developer beta. The feature, however, requires an Apple Watch that can quickly unlock the connected iPhone even when the user is wearing a mask. It is unlike the existing scenario in which users are required to either turn their face masks down or enter the passcode to unlock newer iPhone models that have facial recognition support.

As reported by 9to5Mac, citing the first iOS 14.5 developer beta, users need to manually enable the Apple Watch unlocking feature on their iPhone by going to Settings > Face ID & Passcode. A toggle available there, called Apple Watch, can be flipped to enable unlocking through an Apple Watch.

Once you've enabled the feature, you'll be able to unlock your iPhone via Face ID by simply looking at its screen while wearing an Apple Watch. A haptic feedback notification will arrive on your Apple Watch to inform you about the unlocking. You'll also get the option called Lock iPhone to lock your iPhone directly from the same notification.

All this works similar to how Apple currently allows Mac users to unlock their computers when wearing the Apple Watch. The new change will now make things easier for iPhone users.

Starting from the iPhone X to the latest iPhone 12 Pro Max, the newer iPhone flagships carry Face ID as a biometric authentication feature that scans for facial features to unlock the device. The technology was well-acclaimed when it was introduced back in November 2017 on the iPhone X; it also made its way to the iPad family through the iPad Pro 3rd Generation in 2018. However, the coronavirus outbreak that has pushed people to wear masks in public places has made it difficult for iPhone users to unlock via Face ID while wearing a face mask.

In May last year, Apple tried to ease unlocking iPhone models with Face ID to some extent by releasing faster passcode prompts. That update, however, didn't help much as users still need to swipe up the lock screen and enter their passcode. Some Face ID-compatible custom masks also reached the market but in limited quantities.

Users who want to enable the new unlocking feature are required to have an Apple Watch running on watchOS 7.4, which is also currently available under a developer beta release. This means that you won't be able to get the latest experience if you have a dated Apple Watch that isn't compatible with recent watchOS versions. It is also important to note that some features that require Face ID, such as approving an App Store purchase, aren't likely to work with the Apple Watch unlocking for security reasons.

Alongside the new unlocking, iOS 14.5 developer beta brings support for Xbox Series S/ X and PlayStation 5 controllers. The update also carries an updated Fitness app and expanded compatibility for the Apple Fitness+ workouts. Further, you'll get fully implemented App Tracking Transparency measures that partially debuted on iOS 14 and are being criticised by Google, Facebook, and other big developers that claim it will hurt small businesses.

Exact release date of public iOS 14.5 — alongside iPadOS 14.5 and watchOS 7.4 — is yet to be revealed. However, given the developer beta release, we can expect its public beta arrival in the coming days.