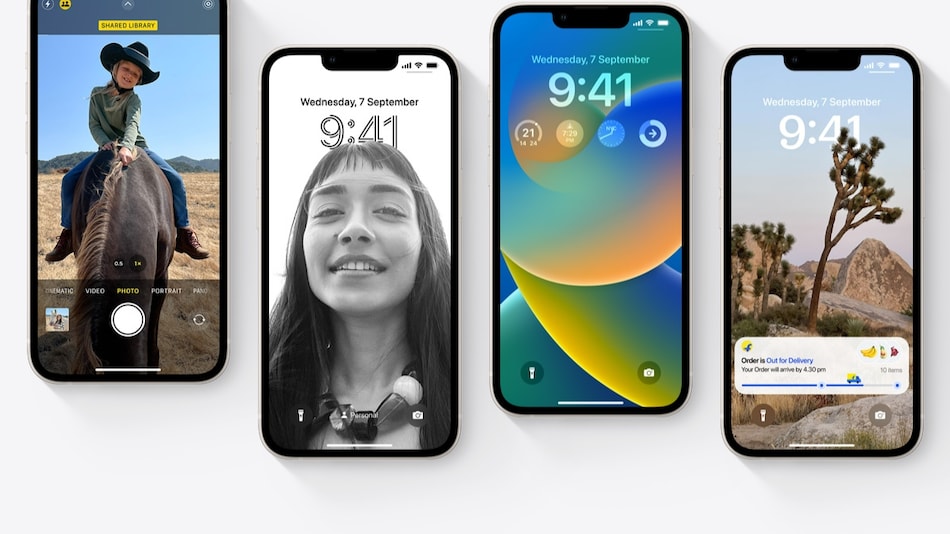 iPhone 14 Pro and iPhone 14 Pro Max are getting an update that fixes the bugs that made headlines earlier this week. Apple was quick to release the iOS 16.0.2 update that fixes not only two much talked bugs, but also addresses issues where touch input was unresponsive on some iPhone X, iPhone XR, and iPhone 11 displays after being serviced. Some early iPhone 14 Pro series users claimed that the rear camera setup on their new smartphones would violently shake and make noises when open in third-party camera apps.

One member of the Gadgets 360 team received a notification (see screenshot) on his iPhone about the iOS 16.0.2 update. It mentions that the update provides bug fixes for a bug that causes camera vibration and blurry photos when shooting with some third-party apps on iPhone 14 Pro and iPhone 14 Pro Max.

The first bug hit Apple's iPhone 14 Pro models' and users took to Reddit to claim that the rear camera setup on their handsets violently shakes and makes noises when being used with third-party apps like Snapchat and Instagram. In the native camera app, the iPhone 14 Pro models seem to be working without any issues.

The second bug was in the new feature that incessantly asked users for permission to paste something into an app, and irritated most users. It was designed as a security feature to make the user is aware that the content they are trying to paste may store sensitive information. However, the permission popped-up every time they tried to paste text from another app.

The iOS 16.0.2 update is being released for iPhone 8 and later. It's about 270MB in size and also includes fixes for occasions where display may appear completely black during device setup, VoiceOver unavailable after rebooting, and issues where touch input was unresponsive on some iPhone models after a service. Apart from these bug fixes, the update also brings along “important security updates”.