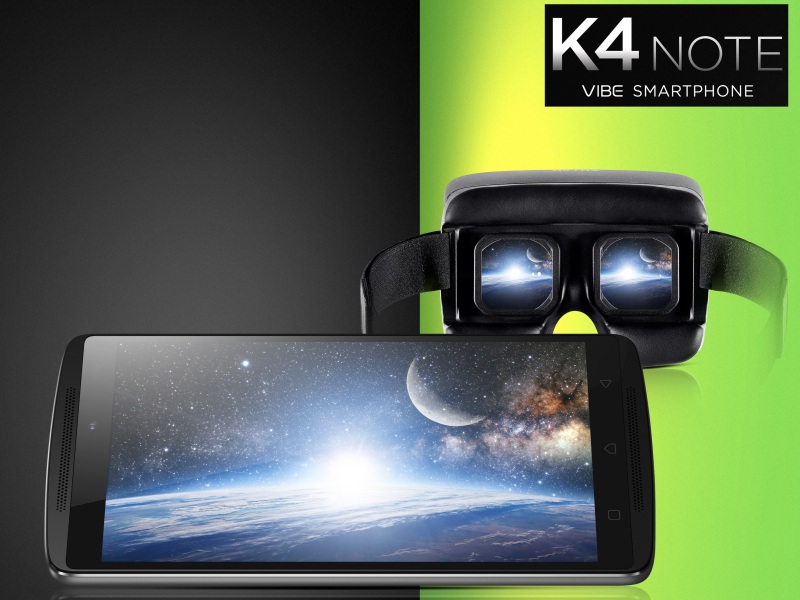 Lenovo has launched the Vibe K4 Note, successor to the popular K3 Note smartphone. Carrying a price tag of Rs. 11,999, the Lenovo Vibe K4 Note will be available exclusively from Amazon India in its first flash sale on January 19, with registrations beginning Tuesday.

Running Android 5.1 Lollipop with a light-version of thecompany's Vibe UI skin on top, the dual-SIM dual-4G Lenovo K4 Note bears a 5.5-inch full-HD (1080x1920 pixels) IPS display with a pixel density of 401ppi, and Corning Gorilla Glass 3 protection. The company claims a 1000:1 contrast ratio, and features like user-controlled colour balance. It is powered by an octa-core MediaTek MT6753 SoC, coupled with 3GB of DDR3 RAM. The Vibe K4 Note bears a 13-megapixel rear camera with PDAF autofocus, an f/2.2 aperture and dual-tone LED flash, apart from a 5-megapixel front-facing camera.

The company announced that a premium leather cover, as well as wood covers would be launched soon. The smartphone also sports dual-front speakers, alongside Dolby Atmos audio. One of the highlight features of the handset is its fingerprint scanner, placed below the camera module on the rear panel. Sensors include a digital compass, accelerometer, proximity sensor, and ambient light sensor.

The company is also touting the TheaterMax technology on the Vibe K4 Note, which converts regular content to immersive VR content.

"More than 50 percent of digital content is consumed on mobile devices today, and smartphones continue to be people's' primary personal entertainment device. We expect the proportion will continue to grow in the future and the expectations of newer, more sophisticated functionalities along with it. Lenovo TheaterMax, powered by Lenovo VR, sets us apart with our commitment to design cutting-edge smartphones that meet the needs of consumers at an extremely friendly price-point," said Sudhin Mathur, Director- Smartphones, Lenovo Group.