Microsoft is hoping to launch Surface Duo much earlier than originally announced, a report claimed. 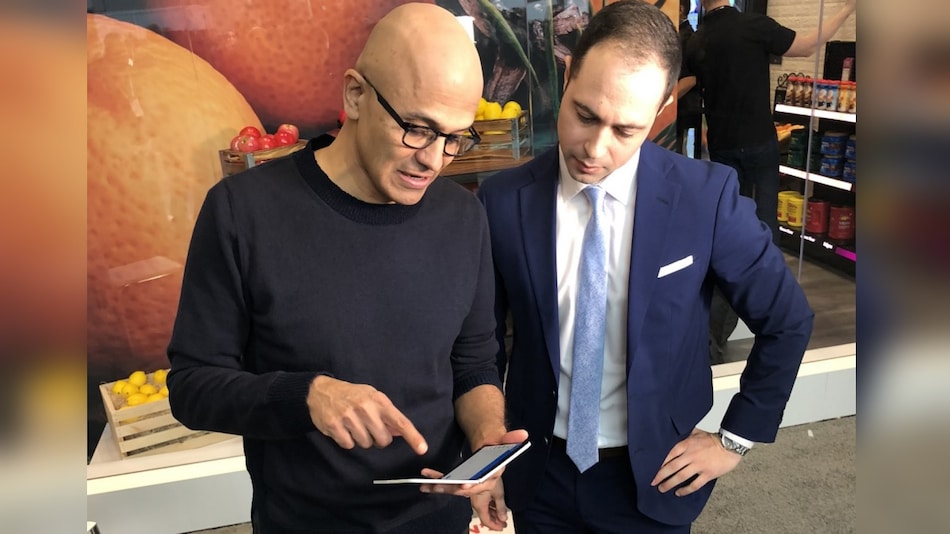 According to sources familiar with the matter, Microsoft is hoping to launch Surface Duo much earlier than originally announced because the hardware along with software are pretty much done and the company is basically focusing on putting the finishing touches on its Duo-specific features, Windowscentral reported recently.

Recently, an image of the same device revealed a new front-facing flash that was not there on the original prototype that was shown earlier.

This likely confirms that Surface Duo will not have a rear facing camera sensor, and that the single front-facing camera will be all that the Duo sports.

Earlier, the company's India-born CEO Satya Nadella was spotted using the device at a public place.

Surface Duo features two displays held together with a fully rotating hinge that can be adjusted to any angle and recently patent for this particular hinge mechanism has been published by the World Intellectual Property Organisation (WIPO).

The patent titled "ADJUSTABLE CLOSURE MAGNET FOR HINGED DEVICE WITH ASSISTED OPEN" and the patent includes a diagram of a single link in the hinge mechanism.

The patent talks about the closing mechanism for dual-screen Surface Duo -- that is more like the newly-launched Samsung Galaxy Fold, would run on Google's Android.

The Surface Duo will have two 5.6-inch displays that expand to an 8.3-inch screen.

It will be able to run apps from the Google Play Store.