Moto G100 is expected to be unveiled on March 23 as the company is hosting an event on the date. 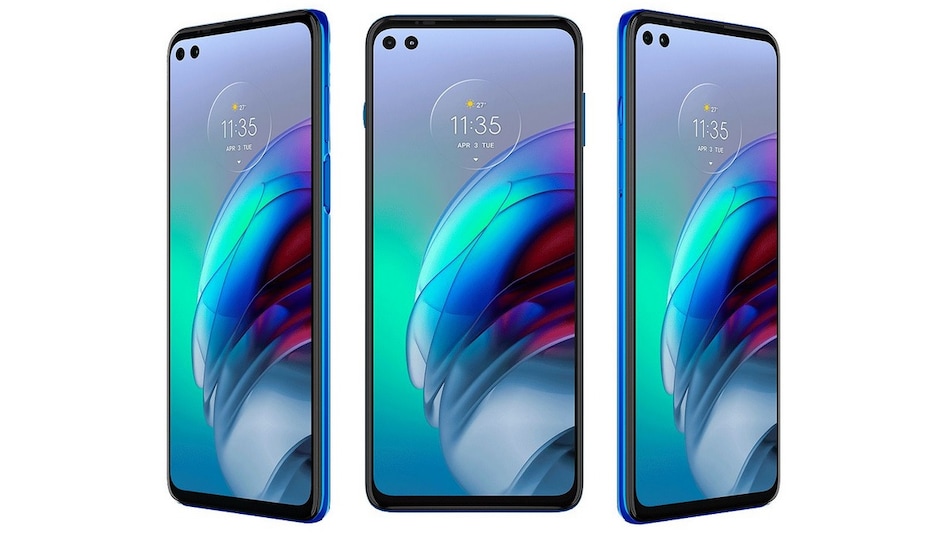 Moto G100 design and specifications have leaked ahead of its expected launch. The phone is believed to be the global variant of the Motorola Edge S that launched in China in January, and the leaked details add more weight to this speculation. The Moto G100 may come with a dual hole-punch cutout design to accommodate its dual-selfie camera setup. Additionally, details about the rumoured Moto G60 have surfaced as well, suggesting that it will come with a full-HD+ display and a large 6,000mAh battery.

According to the renders shared by tipster Evan Blass (@evleaks) via Voice, the Moto G100 seen in its Iridescent Ocean colour option has the same design as the Motorola Edge S. The phone can be seen with two independent cutouts for the dual-selfie camera setup. A quad rear camera setup housed in a rectangular module and a side-mounted fingerprint scanner can be seen as well. The Moto G100 is said to come with a 3.5mm headphone jack and a USB Type-C port. The processor, USB port, fingerprint scanner, and headphone jack have been teased by Motorola as well.

The tipster adds that the Moto G100 will pack a 5,000mAh battery and support for 20W fast charging. It may be sold with an “HDMI cradle” that allows it to deliver a “PC-like desktop experience” when used with a monitor.

These are the exact same specifications as the Motorola Edge S that launched in China in January, except for the RAM and storage configuration, which often depends on the market a phone launches in.

The XT2147-1 model on the other hand is said to have slightly different specifications as it replaces the 108-megapixel Samsung ISOCELL HM2 primary sensor with a 64-megapixel OmniVision one. On the front, the 32-megapixel sensor is said to be replaced by a 16-megapixel sensor.

Motorola has not shared any information about the Moto G100 or the Moto G60, but the former is expected to be unveiled on Tuesday, March 23.