The Moto G42 is listed on the Geekbench database with the codename 'hawao'. 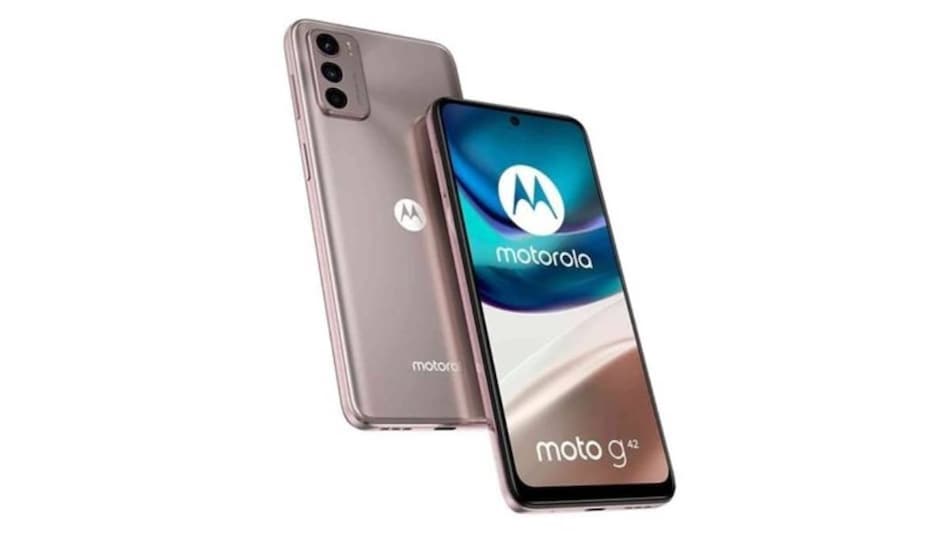 Moto G42 has been spotted on the Geekbench database, hinting at a few key specifications and an imminent launch. The listing has indicated that the upcoming handset will be powered by an octa-core Qualcomm Snapdragon SoC. The smartphone from Motorola is also said to run on Android 12 out of the box. Recently the renders of the Moto G42 were leaked by a tipster suggesting that the upcoming smartphone will come with a triple rear camera setup. Earlier, the phone was also spotted on the Wi-Fi Alliance database with the model number XT2233-2.

The Geekbench listing first spotted by MySmartPrice, shows the Moto G42 with the codename 'hawao', which is said to be a reference to the Snapdragon 680 4G SoC that comes with four performance cores clocked at 1.9GHz and four power-efficient cores clocked at 2.4GHz. Therefore, the Moto G42 is expected to be powered by an octa-core Qualcomm Snapdragon SoC. The smartphone is said to rely on Adreno 610 GPU. The listing also indicates that the smartphone will come with 4GB of RAM. The handset will likely run on Android 12 out of the box, as mentioned above.

Motorola Moto G42 was spotted on the Geekbench website with 376 points in the single-core test and 1538 in the multi-core test.

As mentioned, the Moto G42's renders were also leaked on Twitter recently. As per the renders, the smartphone is expected to sport a triple rear camera setup with flash and a hole-punch camera on the front. The phone may also feature side-mounted volume and power buttons, and a speaker grill and microphone hole on either side of the USB Type-C charging port at the bottom.

Moreover, the upcoming smartphone was also seen listed on the Wi-Fi Alliance database with the certification ID WFA119264 saying that the phone will feature support for dual-band Wi-Fi.

Motorola is yet to officially confirm and share details regarding the availability and pricing of the Moto G42 in global markets.