Motorola One Action will be sold via Flipkart in India in two colour options. 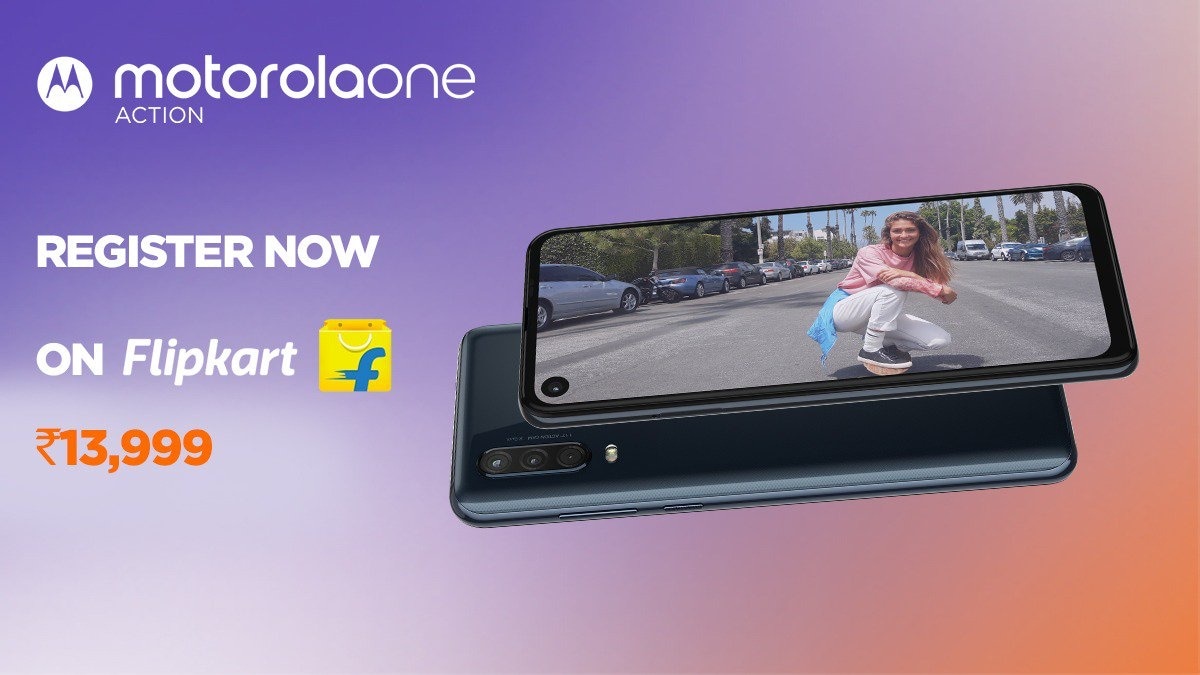 Motorola One Action India launch event started with Motorola's Prashanth Mani on stage who started the day's proceedings by talking about what the company has been up to this year. Mani stated that Motorola's business has had some great last few quarters. He also reiterated the Lenovo's dual-brand strategy and its Make in India promise. Mani also revealed that Motorola One Action, which is debuting today in the country, is being made in India.

Prashanth Mani noted that Motorola will continue to launch phones under the Moto G, Moto E, and Motorola One brands. Lenovo phones will be targetting the consumers who look for premium phones at affordable prices. Mani then invited Motorola's Uvais Chinoy to the stage to detail the new Motorola One Action.

Motorola One Action also features a 6.3-inch full-HD+ (1080x2520 pixels) IPS screen with 21:9 aspect ratio. The phone is powered by octa-core Samsung Exynos 9609 SoC, clocked at 2.2GHz and paired with Mali G72 GPU, and 4GB of RAM. Motorola has also added 128GB of onboard storage that can be expanded using a microSD card slot. The Motorola One Action buyers will also get unlimited storage via Google Photos.

On the battery front, Motorola One Action comes with a 3,500mAh battery with support for 10W charging and the company will bundle a USB Type-C 10W charger in the box. Chinoy says this battery can last all-day.

As Motorola One Action is a part of the Android One programme, the phone runs on stock Android 9 Pie and will get two major Android updates in the form of Android 10 and Android 11. The phone will also receive security updates for three years.

Chinoy then revealed the pricing of the smartphone. The Motorola One Action has been priced at Rs. 13,999 and will go on sale for the first time at 12 noon on August 30. The smartphone will be sold via Flipkart in two colour options - Denim Blue and Pearl White.

This is it from the Motorola One Action launch event. You can check out the complete launch event video below.