The organic integrated circuits are developed by researchers from the National Institute for Materials Science and the Tokyo University of Science. 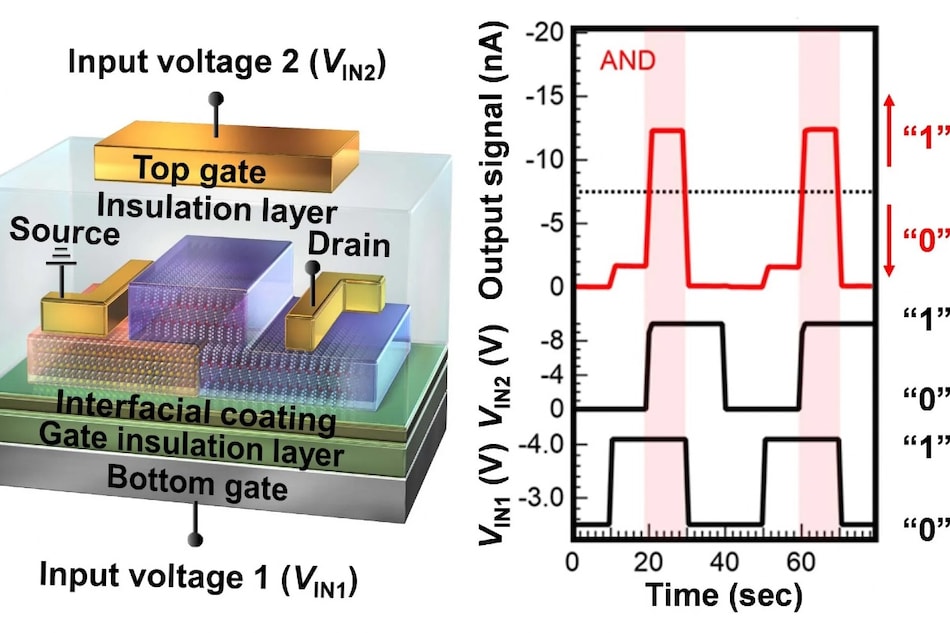 As we gradually move towards the Internet of Things (IoT), the volume of data is set to skyrocket. With it, the demand for lightweight, high-performance, mobile data processing devices will also increase. To develop such devices, we would first need organic integrated circuits with organic transistors. However, the integration density of these circuits has been low because of incompatibility with existing microfabrication technologies. But researchers may have had a breakthrough. They have developed an organic anti-ambipolar transistor capable of performing any one of the five logic gate operations by adjusting the input voltages to its dual gates.

There are five logic gate operations — AND, OR, NAND, NOR, or XOR. The researchers also explained that an anti-ambipolar transistor (AAT) is a type of heterojunction transistor, which is an essential component in their proposed circuit.

The organic integrated circuits hold promise for cutting-edge computing devices required for the Internet of Things, which will soon be a widely accepted reality. This is because of the unique features of the organic transistors, such as mechanical flexibility, light weight, and low cost production.

The researchers from the National Institute for Materials Science (NIMS) and the Tokyo University of Science say their lightweight transistors may be used to develop electrically reconfigurable logic circuits, the key to developing high-performance smartphone devices.

This transistor has shown the ability to single-handedly form a NAND circuit or an XOR circuit. Existing integrated circuit technology requires four transistors to form a NAND circuit and 12 to form an XOR circuit. Additionally, this transistor can substantially increase the integration density of organic circuits. In future research, the group plans to develop electrically reconfigurable integrated circuits using this new transistor.

“Thus, the device concept is promising for realizing multifunctional logic circuits with a simple transistor configuration. Hence, these findings are expected to surpass the current limitations in complementary metal−oxide−semiconductor devices,” the researchers wrote in their paper published in the journal Advanced Materials.