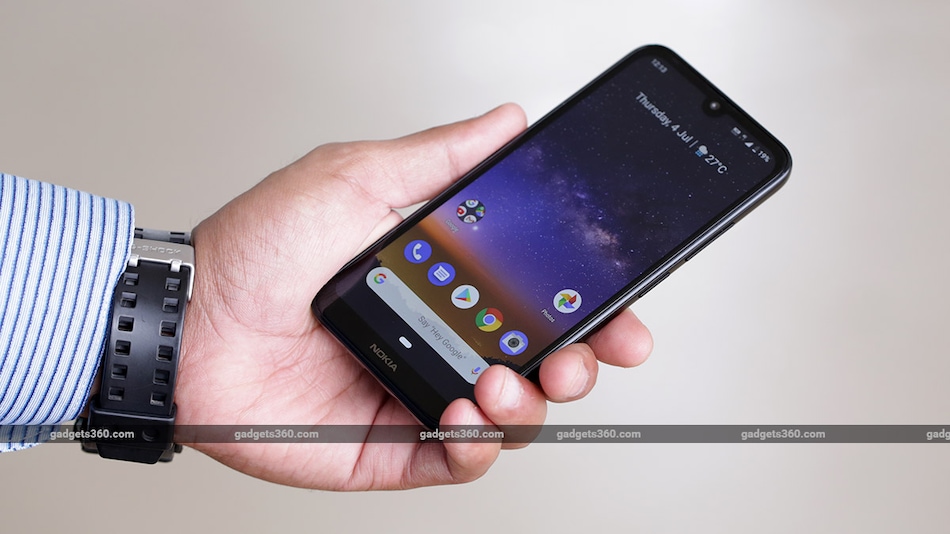 Nokia 2.2 is powered by the MediaTek Helio A22 SoC

Nokia 2.2 is receiving the Android 11 update. The smartphone was launched in India in June 2019 with Android 9 Pie and was updated to Android 10 in March 2020. Nokia 2.2 is receiving the latest update in 24 countries as a part of the first wave. However, the list of nations don't include India and there is no information on when the update will be rolled out in the remaining regions. The update is bundled with March 2021 Android security patch.

Announcing the update on Nokia Community Forum (requires sign-in), brand licensee HMD Global will be updating Nokia 2.2 to Android 11 in 24 countries as a part of the first wave. Nokia is rolling out the update in Cambodia, Czech Republic, Denmark, Estonia, Finland, Greece, Hungary, Iceland, Indonesia, Laos, Latvia, Lithuania, Macedonia, Malaysia, Montenegro, Myanmar, Norway, Philippines, Poland, Romania, Slovakia, Sweden, Thailand, and Vietnam. Some of the listed countries will only get the update on select carriers.

The update is bundled with March 2021 Android security patch and is 1.2GB in size, according to a report by TechMesto. It is advisable that the smartphone is updated over a strong Wi-Fi connection and when the handset is kept on charging. The update will be rolled out to 10 percent of the users initially, 50 percent will get the update by April 15 and the rest of the users will get the update by April 17, the company said.

Nokia 2.2 was launched in June 2019 and sports a 5.71-inch HD+ screen with a 19:9 aspect ratio and a waterdrop-style notch. Under the hood, it is powered by a MediaTek Helio A22 SoC paired with up to 3GB of RAM. It has up to 32GB of onboard storage that can be expanded up to 400GB with a microSD card. For photography, it has a single 13-megapixel rear camera with an f/2.2 lens and a 5-megapixel selfie shooter. It packs a 3,000mAh battery with 5W charging.

Surface Laptop 4 With Intel and AMD CPU Options, Up to 19 Hours Battery Life Launched
MediaTek Dimensity 700 5G SoC Launched, Realme Phone to Be the First to Feature the Chipset