It is unclear whether Indian users of the Nokia 2.2 have gotten the Android 10 update. 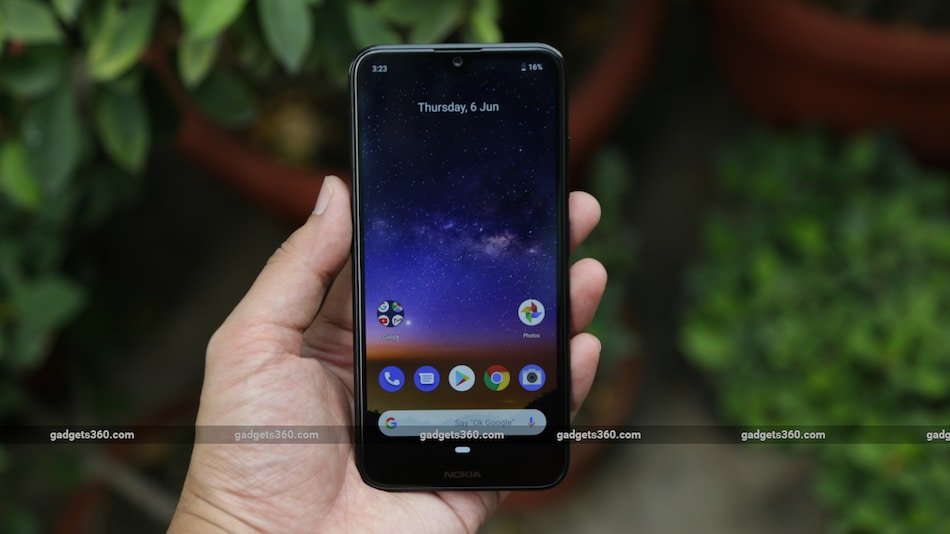 Nokia 2.2 is finally receiving its Android 10 update. HMD Global, the parent company of Nokia has started rolling out of the Android 10 update from Tuesday. This means that the Nokia 2.2 with the latest operating system will enjoy features such as enhanced privacy and security settings, Dark mode, smart reply, Focus mode, etc. Other Nokia smartphones will also get the Android 10 update in the upcoming months, as per the revised roadmap shared by HMD Global on last week, revised thanks to the impact of coronavirus.

Nokia 2.2 users, now is your chance to update to Android 10! All performance-enhancing features are now available! Stay tuned for the same update for our other Nokia phones #nokiamobile pic.twitter.com/0eTzk9hvF6

Last week, Sarvikas had announced that the Finnish tech company will revise its Android 10 update schedule on all Nokia smartphones owing to the coronavirus pandemic. As the roadmap had also specified that the exact Android 10 rollout date for Nokia smartphones may vary from region to region, "due to operator approvals and local variances." We were unable to verify whether the update has been rolled out in India.

To check the Android 10 update on Nokia 2.2 smartphone, user can follow these steps: Settings > Advanced > System Update > Select Check for Update. Several Nokia smartphones including the Nokia 9 PureView, the Nokia 7.1, the Nokia 8.1, the Nokia 7 Plus, the Nokia 6.1, and the Nokia 6.1 Plus had received its Android update in the late 2019 and early 2020.

To recall, the Nokia 2.2 that was released last year came with Android 9 Pie. The phone was launched in India in March and was priced at Rs. 7,699 for the 2GB + 16GB version. Nokia 2.2 also came in a 3GB + 32GB variant of which was available for Rs. 8,699. Since its launch, the smartphone has witnessed several price cuts.

The dual-SIM (Nano) Nokia 2.2 came with a 5.71-inch HD+ screen and quad-core MediaTek Helio A22 SoC. The phone also has a single 13-megapixel rear camera and single LED flash. On the front side, there is a 5-megapixel selfie camera. Additionally, the phone packs 3,000mAh battery.