Nokia 7 Plus Android 9.0 Pie Update Rolling Out After Brief Snag 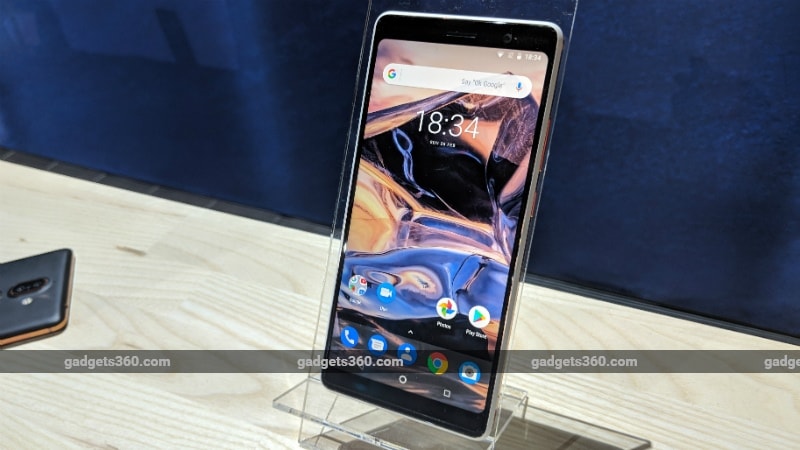 Nokia 7 Plus is now finally receiving the much-awaited Android 9.0 Pie software update. Within a couple of days of HMD Global having announced that Android P for the Nokia 7 Plus would be delayed, the company has gone ahead and announced that the rollout has begun for the mid-range handset. The Android Pie update on Nokia 7 Plus brings with it certain new features including a new Do Not Disturb mode, Adaptive Battery functionality, Adaptive Brightness, gesture-based navigation, a redesigned dashboard, and other features. File size of the version 3.22C update is around 1,471MB or 1.47GB.

The development was confirmed by Juho Sarvikas, Chief Product Officer, HMD Global, in a tweet on Friday. “Everybody wants a piece of the Pie! We are starting roll out of Android 9 on #Nokia7Plus. Which of its delicious new features is your favorite? #Nokiamobile,” he said. With this, Nokia 7 Plus becomes one of the first few handsets to get the Android 9.0 Pie stable update after the Pixel range, Essential Phone, and OnePlus 6 received it in the last few weeks.

Users will be able to view the update in the form of a notification or can go into Settings to check for updates. Users in India are already seeing the update on their units, according to a user’s tweet.

The dual-SIM (Nano) Nokia 7 Plus now runs Android 9.0 Pie as part of the Android One programme, and sports a 6-inch full-HD+ (1080x2160 pixels) IPS LCD panel with an 18:9 aspect ratio. The phone is powered by a Qualcomm Snapdragon 660 SoC, coupled with 4GB of LPDDR4 RAM and 64GB of internal storage.

Department of Telecom to Talk to UIDAI, Telcos on Compliance With Aadhaar Verdict
Google CEO Sundar Pichai to Meet US Lawmakers Amid Criticism of Bias Against Conservatives