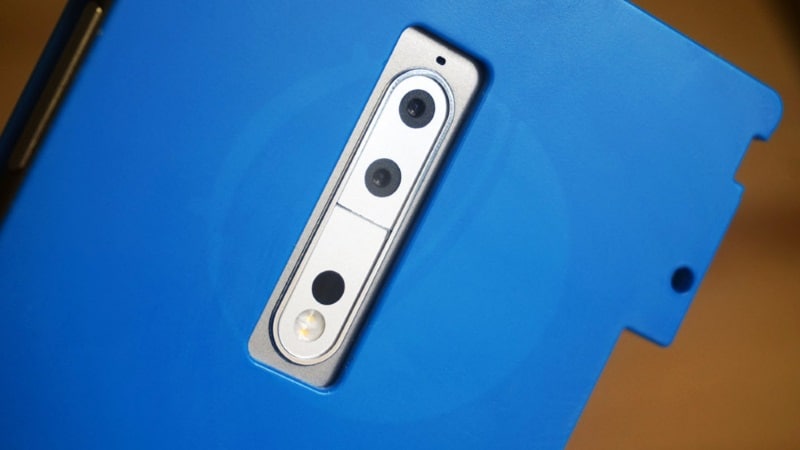 HMD Global, the company that's selling Nokia phones now, has already revealed Nokia 3, Nokia 5, Nokia 6, and Nokia 3310 feature phone. A flagship smartphone from Nokia's new stables has long been rumoured, thought to be called the Nokia 9 - the smartphone has also been leaked in a promotional video and live images in the recent past. It's also been allegedly listed on GeekBench and AnTutu benchmark sites, with the model name HMD Global TA-1004, with some listings showing 4GB of RAM and others showing 8GB of RAM - indicating two variants. Now, a new Nokia 9 listing has shown up on GeekBench, tipping there a 6GB RAM variant of the smartphone as well.

The latest Geekbench listing, spotted by NokiaPowerUser, shows that a 6GB RAM variant of Nokia 9 could be in works. Appearing as model 'Unknown Heart', the Nokia 9 6GB RAM variant seemingly sports an octa-core Qualcomm SoC, which has been already reported to be the Snapdragon 835. It also shows that the device will run Android 7.1.1 Nougat out of the box. It was also found to be at par with current flagship smartphones like Samsung Galaxy S8, iPhone 7 in multi-core scores.

As far the other specifications are concerned, there is no information revealed by this listing except what was already reported. The Nokia 9 is said to sport 5.5-inch QHD display, dual 13-megapixel cameras at the back, and have a dual-LED flash support as well. There will be a 13-megapixel front camera as well. It has also been tipped to offer 64GB of inbuilt storage with no clarity on external storage support. While the battery capacity on the device has not been disclosed, it is expected to support Qualcomm Quick Charge 4.0.

A fingerprint scanner is also tipped to be embedded on the home button at the front along with dust and water resistance. The Nokia 9 also appeared on EA Union certification revealing the model numbers TA-1004 / TA-102 as the single SIM and dual SIM variants respectively.