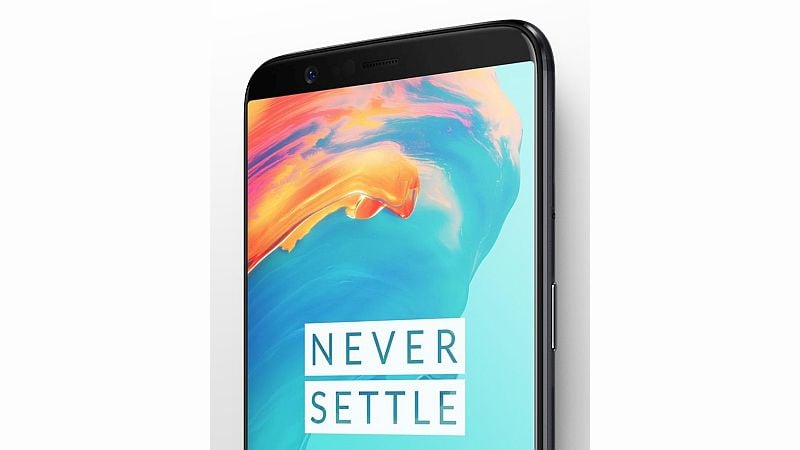 While we are just a couple of days ahead of its formal launch, the hardware of the OnePlus 5T has now paid a visit on benchmark app GFXBench to reveal all its key specifications. A separate report from Germany claims that the new OnePlus smartphone doesn't have optical zoom, which was a featured on the OnePlus 5 earlier this year.

The listing on the GFXBench site highlights the presence of Android 7.1.1 Nougat on the OnePlus 5T (A5010) with an OxygenOS version on top. This could mean that despite being an upgrade over the OnePlus 5, the OnePlus 5T will not run Android Oreo out-of-the-box. However, it's possible an earlier Android build was being used for testing purposes.

Similar to the previous leaks and rumours, the online listing tips that the OnePlus 5T will be debuted with a 6-inch display - featuring a 1080 x 2160 pixels (full-HD+) resolution - and will come with an octa-core Qualcomm Snapdragon ARMv8 chipset clocked at up[ to 2.4GHz - expected to be the Snapdragon 835 SoC. The handset is also listed with an Adreno 540 GPU and 8GB of RAM.

Interestingly, the GFXBench listing shows that the OnePlus 5T will have 111GB of user-accessible storage, pointing towards 128GB total inbuilt storage. OnePlus can also be expected to bring a 64GB OnePlus 5T variant with 6GB of RAM, just like the OnePlus 5. Further, the GFXBench site showcases an array of sensors on the OnePlus 5T, including an accelerometer, compass, GPS, gyroscope, ambient light sensor, pedometer, and a proximity sensor. The handset is also listed with Bluetooth, NFC, and Wi-Fi connectivity.

If we believe some scores on the GFXBench listing, the OnePlus 5T will have marginally upgraded performance over the OnePlus 5. The new OnePlus model resulted in 59.9fps onscreen scores on T-Rex, compared to the 59.7fps scores of the OnePlus 5.

The listing on GFXBench doesn't give any details about the camera results of the OnePlus 5T. However, an early review by German source C'T Magazine reports that the dual camera setup on the new OnePlus handset doesn't offer optical zoom. The smartphone is said to have a set of 16-megapixel and 20-megapixel image sensors with the same focal length and aperture of 27mm and f/1.7, respectively. The original OnePlus 5 had a wide-angle lens with f/1.7 aperture and a telephoto lens of f/2.4 aperture.

It is worth noting here that despite the absence of optical zoom, the larger aperture lenses on the OnePlus 5T would enable better low-light photography over its previous model. Likewise, the upgraded lens set is expected to uplift the image quality alongside uplifting the original depth of field.

OnePlus is launching the OnePlus 5T on November 16 to ultimately enter the market of bezel-less smartphones. In a week after its launch, the handset will go on sale in India on November 21.